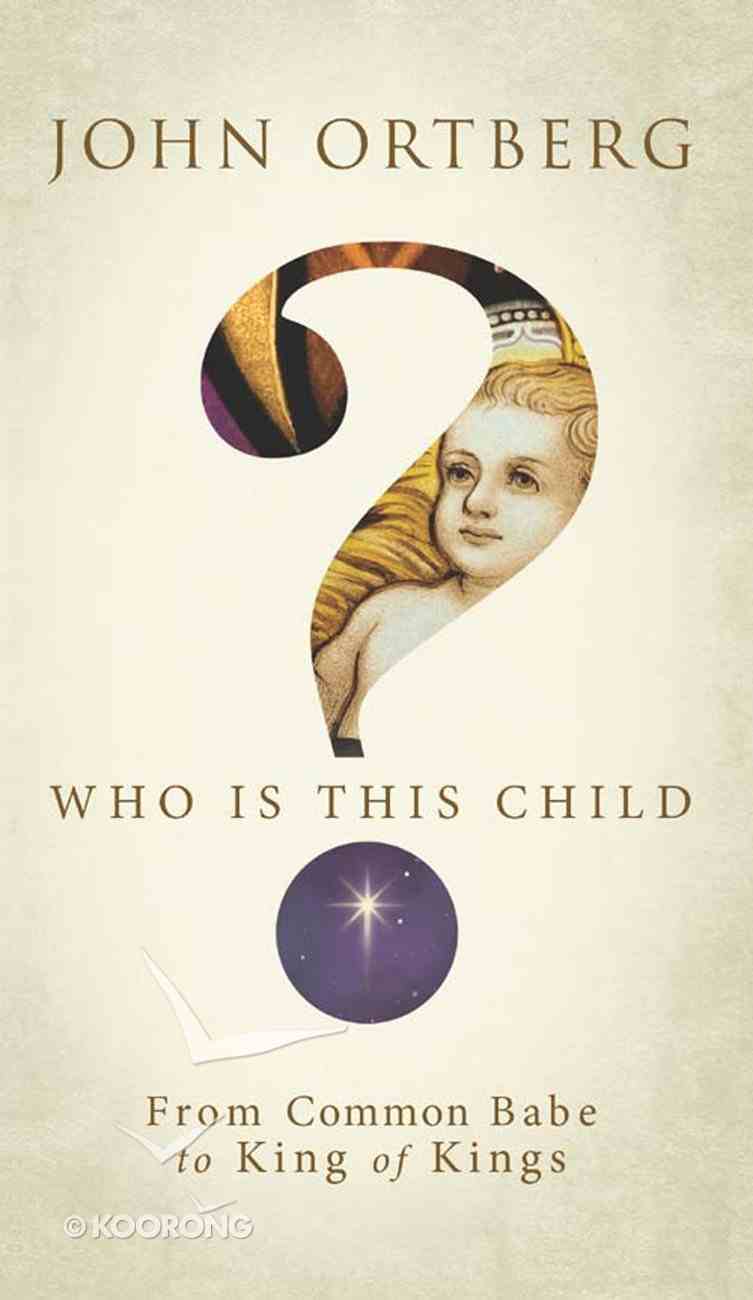 Who is This Child?

Jesus entered the world with no dignity, a dangerous baby, born and hidden from a king. And yet this child, born in a manger, would grow in stature and become the King of Kings.

Deeper Still: For Those Who Grieve (Niv)
Booklet

Death is Not the End
Billy Joe Daugherty
eBook

Is Jesus the Only Way to God?
James Emery White
eBook

Is Jesus the Only Way to God?
James Emery White
Booklet

If God is Good: Why Do We Hurt?
Randy Alcorn
eBook

Is That You God? a Taste of Discerning the Voice of God -
Priscilla Shirer
eBook

Where Does the Qur'an State the Bible is Corrupted? (#107 in Gospel For All Nations Series)
Booklet

Jesus entered the world with no dignity, a dangerous baby, born and hidden from a king. And yet this child, born in a manger, would grow in stature and become the King of Kings.

The child in Bethlehem would grow up to be a friend of sinners, not a friend of Rome. He would spend his life with the ordinary and the unimpressive. He would pay deep attention to lepers and cripples, to the blind and the beggar, to prostitutes and fishermen, to women and children. He would announce the availability of a kingdom different from Herod?s. A kingdom where blessings?full value and worth with God?was now conferred on the poor in spirit and the meek and the persecuted.


People would not understand all this meant. According to pastor and bestselling author John Ortberg in Who Is This Child, we still do not.


But a revolution was starting, a slow, quiet, movement that began at the bottom of society and would undermine the pretensions of the Herods. It was a movement that was largely underground, like a cave around Bethlehem, where a dangerous baby was born and hidden from a king.


Strange reversal. Men who wore purple robes and glittering crowns and gaudy titles began to look ridiculous. And yet the figure of the child born in a manger only grew in stature. Adapted from John Ortberg's book, Who Is This Man?

Someone Cares For You (Pack Of 25)
Booklet