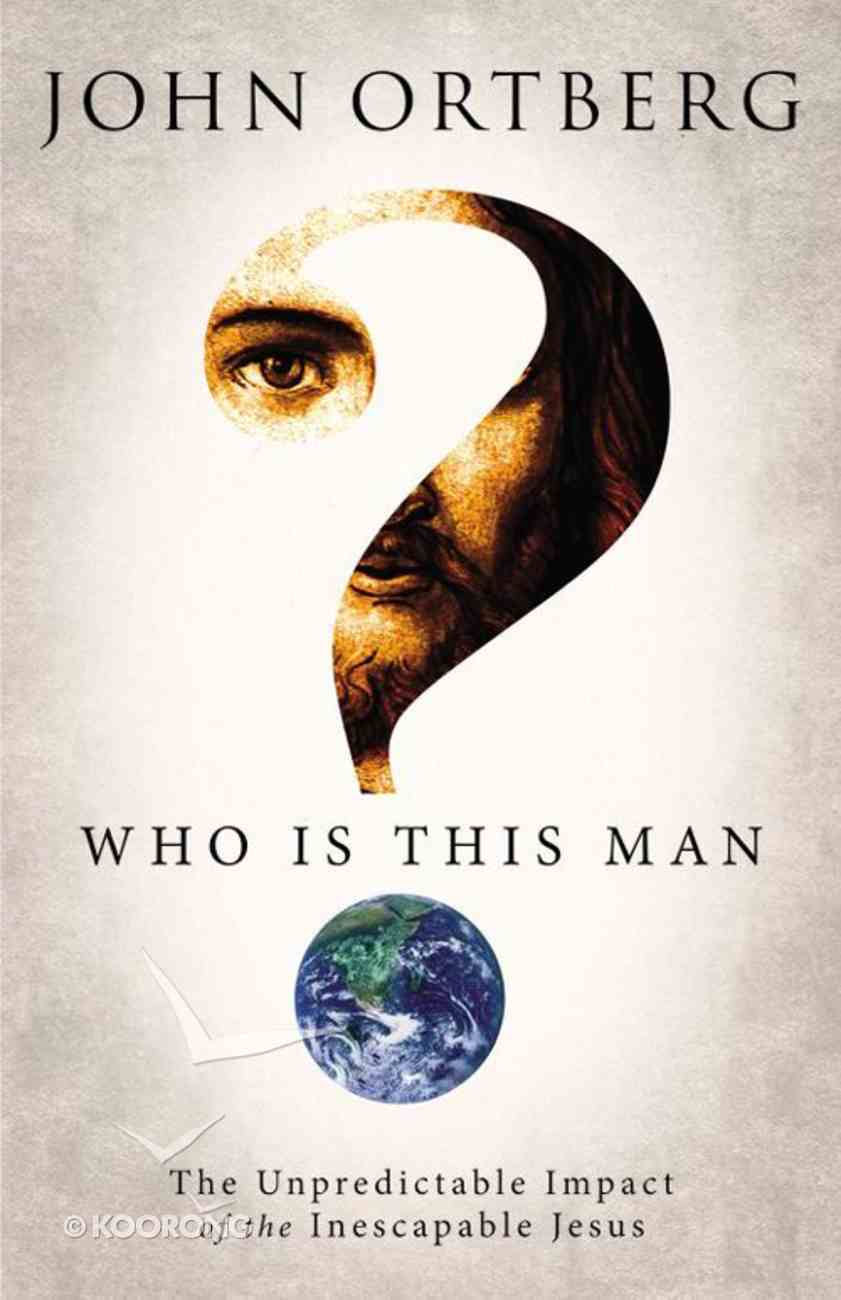 Who is This Man?

On the eve of his crucifixion it seemed like Jesus' influence on the world had ended. On the contrary: it had just begun. In An Unimaginable World, pastor and bestselling author John Ortberg reveals how Jesus has impacted civilization as...

Who is This Man?
John Ortberg
Paperback

If You Want to Walk on Water, You've Got to Get Out of the Boat
John Ortberg, Stephen Sorenson, Amanda Sorenson
eBook

The Me I Want to Be
John Ortberg
eBook

When the Game is Over, It All Goes Back in the Box
John Ortberg
Paperback

If You Want to Walk on Water, You've Got to Get Out of the Boat
John Ortberg
Paperback

On the eve of his crucifixion it seemed like Jesus' influence on the world had ended. On the contrary: it had just begun. In An Unimaginable World, pastor and bestselling author John Ortberg reveals how Jesus has impacted civilization as a whole and individual human hearts. Discover how Jesus brought Christianity into power, and how you as a Christian come into power through him.

Bestselling author John Ortberg shares how Jesus' influence has swept over history and how his vision of life continues to impact humanity today.


Jesus' impact on our world is highly unlikely, widely inescapable, largely unknown, and decidedly double-edged. It is unlikely in light of the severe limitations of his earthly life; it is inescapable because of the range of impact; it is unknown because history doesn't connect dots; and it is doubled-edged because his followers have wreaked so much havoc, often in his name.


He is history's most familiar figure, yet he is the man no one knows. His impact on the world is immense and non-accidental. From the Dark Ages to Post-Modernity he is the Man who won't go away.


And yet ... you can miss him in historical lists for many reasons, maybe the most obvious being the way he lived his life. He did not loudly and demonstrably defend his movement in the spirit of a rising political or military leader. He did not lay out a case that history would judge his brand of belief superior in all future books.


His life and teaching simply drew people to follow him. He made history by starting in a humble place, in a spirit of love and acceptance, and allowing each person space to respond.


His vision of life continues to haunt and challenge humanity. His influence has swept over history bringing inspiration to what has happened in art, science, government, medicine, and education; he has taught humans about dignity, compassion, forgiveness, and hope.


Video study and study guide also available, as well as a Spanish edition.

Who is This Man?: The Unpredictable Impact of the Inescapable Jesus
John Ortberg
Paperback