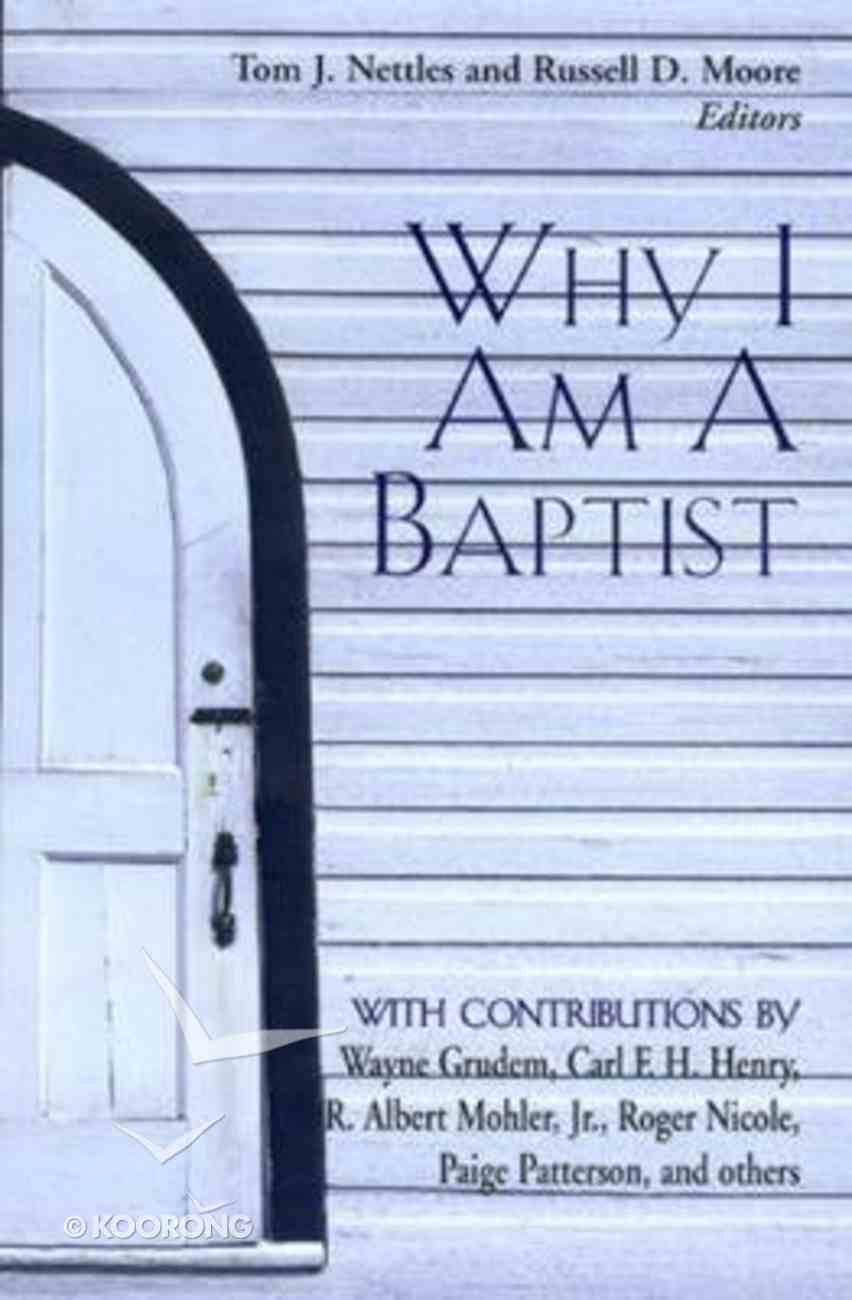 Why I Am a Baptist

In light of the current identity crisis facing Baptists today, this book offers testimonies from contemporary Baptists expounding on that very question. A profound statement concerning the consistency of the Baptist witness in the context of the historic confession of...

Why I Am Not An Arminian
Robert A Peterson, Michael D Williams
eBook

Why I Am Not a Calvinist
Jerry L Walls, Joseph Dongell
eBook

In light of the current identity crisis facing Baptists today, this book offers testimonies from contemporary Baptists expounding on that very question. A profound statement concerning the consistency of the Baptist witness in the context of the historic confession of Christian faith & the Biblical witness.
-Publisher

Historic and doctrinal perspectives and contemporary testimonies expound on the decision to be Baptist.
-Publisher

In light of the current identity crisis facing Baptists today, editors Nettles and Moore offer a volume of testimonies from contemporary Baptists expounding on that very question—Why I Am a Baptist. Taking a more objective approach than offered in earlier books, Why I Am a Baptist models a more doctrine-oriented approach, explaining Baptist life on the basis of historical tenets of the Christian faith worked out in practice.