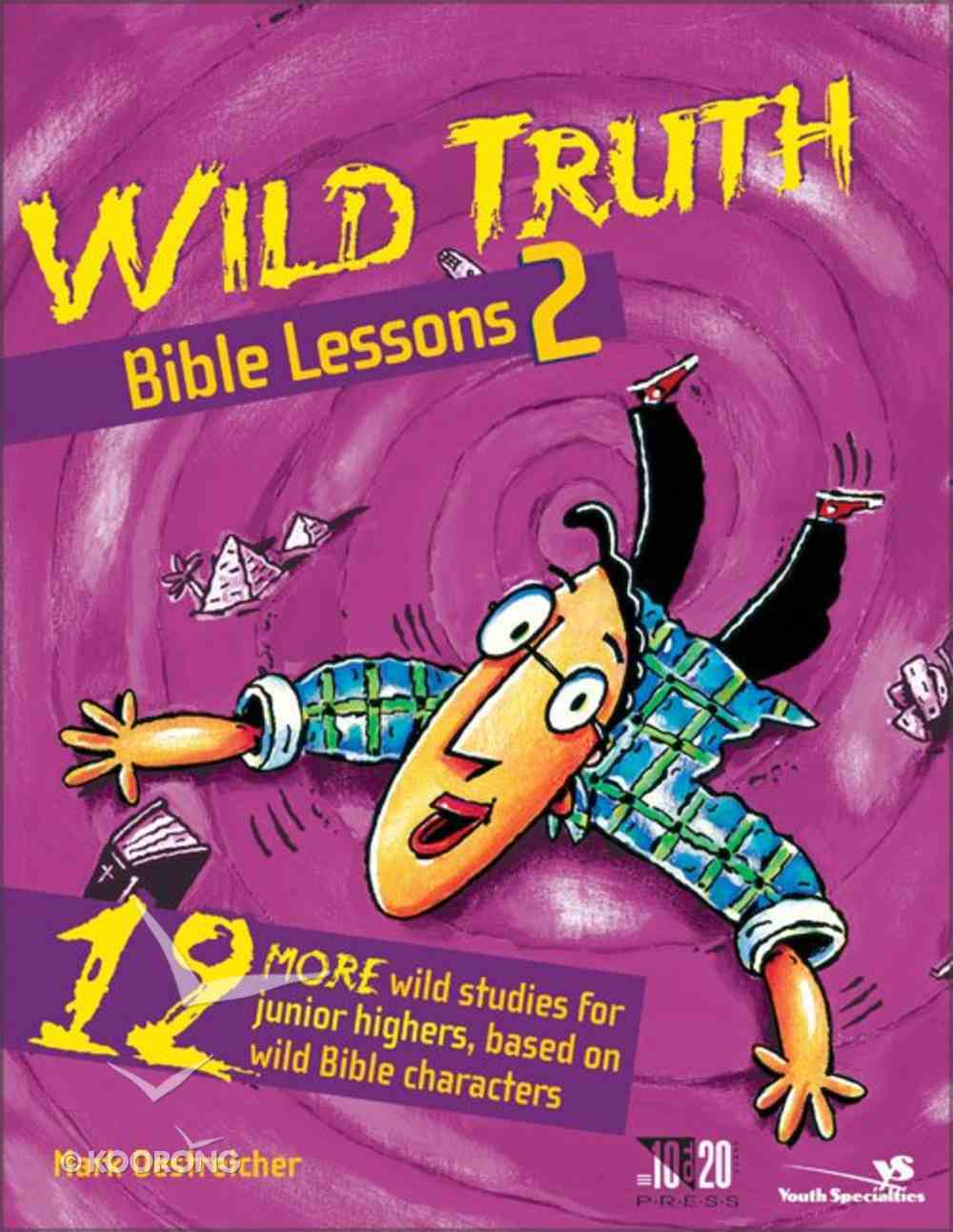 AUTHOR DESCRIBES WILD AND CRAZY PEOPLE FROM THE BIBLESometimes when junior highers think about the Bible, they think snoozecity. But in WILD TRUTH BIBLE LESSONS 2, Mark Oestreicher brings to life someof the wildest characters-even by todays standards.Oestreicher introduces junior...

Would You Rather...? (Quick Questions Series)
Doug Fields
Paperback

AUTHOR DESCRIBES WILD AND CRAZY PEOPLE FROM THE BIBLESometimes when junior highers think about the Bible, they think snoozecity. But in WILD TRUTH BIBLE LESSONS 2, Mark Oestreicher brings to life someof the wildest characters-even by todays standards.Oestreicher introduces junior highers to a dozen people from the Old andNew Testaments. He helps kids jump into their biblical adventures and check outthe character qualities they exemplify. They get to meet real people who, inBible stories, did really wild things for God.By learning about these biblical characters, whom even young students findinteresting, junior highers can learn how to apply the principles of theirfaith.Its significant that although the people in these experiments are deadand buried, the God they encountered isnt. This same God is still alive, stillat work. And his truth still matters, writes Oestreicher.Situations faced by these courageous characters bring to life the idea ofliving out ones faith.WILD TRUTH BIBLE LESSONS 2 is an excellent resource for youth workers.Each lesson begins with a fun activity designed to bring students together andfocus on the lessons theme. Then, there are a series of questions designed tohelp students think about their personal beliefs. They can see those principlesin action by reading about wild biblical characters who stood up for what theybelieved in. Final questions are designed to help students apply the truth totheir own lives.Each lesson reaches back into history to underline for junior highers thereality of Old and New Testament people and principles-and then reaches forward,challenging students to make better decisions and better lives.

Wild Bible characters . . . wild activities, games, discussion starters, and video ideas . . . wild truths for living. Put them all together, blend well, and you've got Wild Truth Bible Lessons 2--12 more dynamite lessons for junior high youth groups by Mark Oestreicher. Like its fun, creative predecessor, Wild Truth Bible Lessons, this book invites kids to discover the adventure of faith through the events and responses of real Bible people who did wild things for God. Based on another 12 personalities from the list of characters in Wild Truth Journal: 50 Life Lessons from the Scriptures, each lesson reaches back into history to help junior highers learn about Bible people and principles--and then reaches forward to challenge students to make better decisions, better friends, and better lives. 12 lessons.
-Publisher

Science and the Bible (Vol 3)
Donald B Deyoung
eBook

Science and the Bible (Vol 2)
Donald B Deyoung
eBook