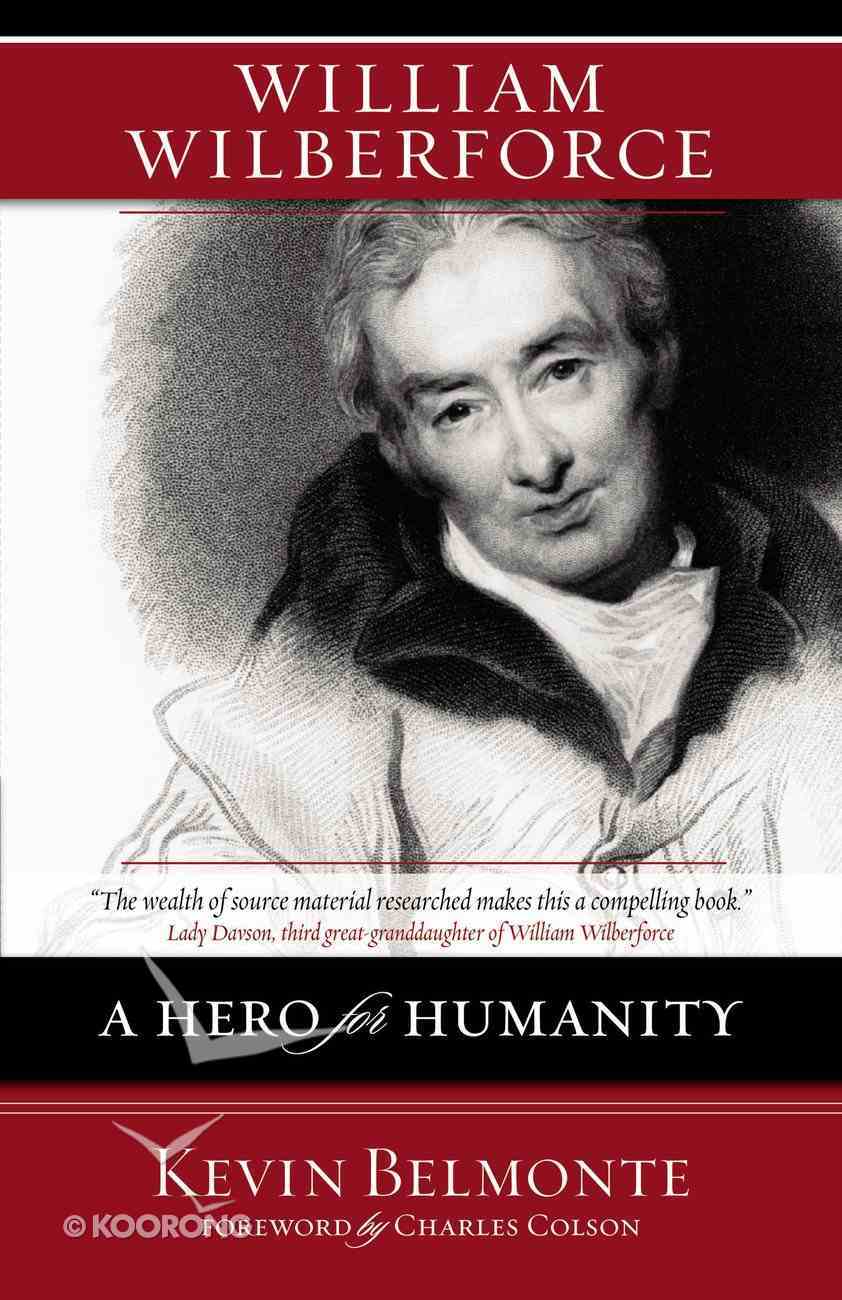 He was called "the Washington of Humanity" by Italian statesman Count Pecchio, and "the best converser I have met with" as well as "the wittiest man in England" by philosopher and novelist Madame de Stael. He was praised by the...

He was called "the Washington of Humanity" by Italian statesman Count Pecchio, and "the best converser I have met with" as well as "the wittiest man in England" by philosopher and novelist Madame de Stael. He was praised by the likes of Abraham Lincoln, and Edmund Burke said his oratory skills brought to mind the greatest orators of ancient Greece. A prime minister and contemporary of Wilberforce predicted that "millions unborn would bless his memory." Indeed, not a surprising premonition about a man who devoted twenty years to abolishing Britain's slave trade and another twenty-six years to abolishing slavery altogether in British colonies and elsewhere. Against a backdrop of adversity, from Britain's involvement in the world war with Napoleon's France to an equally entrenched mindset devaluing human life, Wilberforce worked tirelessly to accomplish his goal. He faced personal challenges in his health and family, and endured persecution for his efforts, ranging from stinging rebukes to physical assaults and death threats. Though he witnessed both soaring victories and the throes of defeat, he remained consistent. And that consistency--coupled with courage, devotion to Christ, and disregard for reputation and power--allowed him to triumph in the abolition of Britain's slave trade. Whether you are an avid student of history, a pupil of prominent leaders of the past, or simply someone who reads for pleasure, you will enjoy author Kevin Belmonte's vivid account of the life of William Wilberforce.
-Publisher

Dramatized in the major motion picture Amazing Grace, the story of William Wilberforce is the remarkable account of how one man's vision, courage, and relentless pursuit of justice brought freedom to thousands and changed the course of history. 'That the greatest and most successful reformer in all history is almost unknown today is a crying shame. Kevin Belmonte puts this right with his inspiring study of an inspiring life.' ---Dr. Os Guinness, author of Unspeakable: Facing Up to the Challenge of Evil 'An excellently researched and insightfully written biography ... I applaud its sound scholarship and commend its perceptive insights into a great life.' ---Brian Sibley, author of C. S. Lewis: Through the Shadowlands William Wilberforce: A Hero for Humanity is the definitive biography of the English statesman who overcame incredible odds to bring about the end of slavery and slave trade. Called 'the wittiest man in England' by philosopher and novelist Madame de Stael, praised by Abraham Lincoln, and renowned for his oratorical genius, Wilberforce worked tirelessly to accomplish his goal. Whether you are an avid student of history, a pupil of prominent leaders of the past, or simply someone who reads for pleasure, you will love award-winning biographer Kevin Belmonte's vivid account of the life of William Wilberforce.
-Publisher

Hitting the Holy Road: A Guided Tour of Christian History From the Early Church to the Reformation
Stuart Coulton
eBook