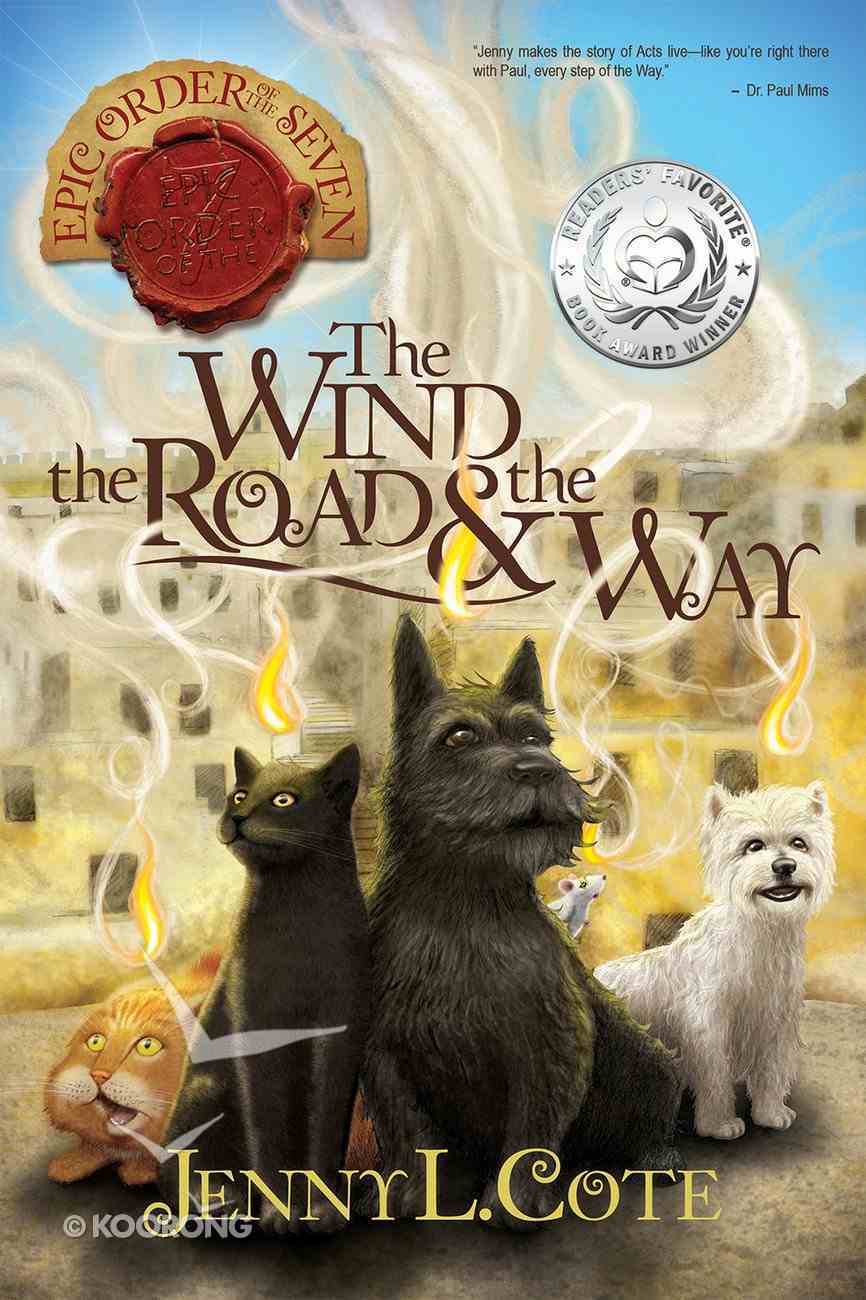 Wind, the Road and the Way, the (#03 in Epic Order Of The Seven Series)

Eleven terrified disciples cower in the Upper Room, wondering what is to become of them. Jesus is dead, crucified on a cruel Roman cross. It's only a matter of time before the Jewish leaders come after them to crush what their self-proclaimed" Messiah started with The Way; movement. Little do these men know that soon they will boldly turn the world upside down as they fulfill Jesus; Great Commission. A self-righteous, model Pharisee named Saul sets out on a zealous quest to arrest and murder as many followers of The Way; as he can, beginning with Stephen. Little does this Christian killer know he'll soon be stopped in his tracks on the road to Damascus to become the greatest Christian that ever lived. Through his pen he'll prove that no one is beyond hope: if any man be in Christ, he is a new creation.

After a brief, joyous reunion with Jesus and the exhilarating arrival of the Holy Spirit at Pentecost, the Order of the Seven animals split up for multiple missions as Christianity explodes onto the world's stage. Max, Liz and Nigel set off with Paul as he faces beatings, rejection and imprisonment to bring the Good News to the world. Al accompanies his favorite fisherman-turned-Apostle Peter to find the first Gentile convert while creating a perfect secret symbol for the Way. Kate is blessed to protect Mary and John in Jerusalem where the Church gets its start. The team must face a dark, pagan world riddled with false gods, arrange crucial introductions, assist with jail-breaks, and plan risky escapes while overseeing the writing of a New Testament that will inspire and guide believers for centuries to come. But they still find time for fun and games with a monkey named Noah and a lizard named Nate as the Animalympics are born during the human Isthmian Games.

This heart-gripping, action-packed adventure begins a two-book saga that brings to life the events of Acts and the birth of Christianity while showing how each book of the New Testament came to be. The Wind, the Road, and the Way covers Resurrection morning through Paul's second missionary journey. The Fire, the Revelation and the Fall (2015) completes the events in Acts, Peter and Paul in Rome, Roman Christian persecution in the arena and John's Revelation on Patmos. Watch the miraculous rise of the Church through the fiery trials sent by an Enemy who will stop at nothing to kill anyone who dares to be called Christian.