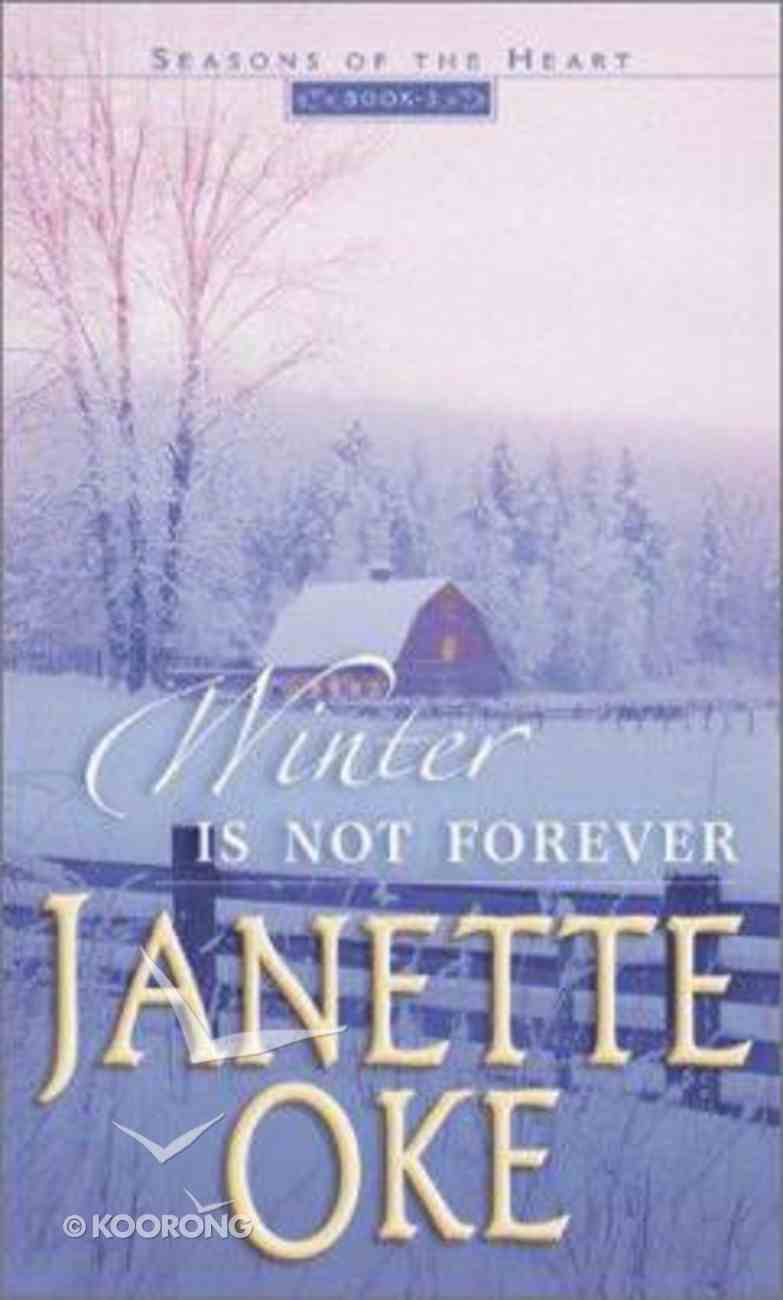 Winter is Not Forever (#03 in Seasons Of The Heart Series)

Romance and adventure - contagious, compelling, captivating - these are the tools Janette Oke uses to craft the SEASONS OF THE HEART series. Through the magic of homespun fiction, she leads the reader into an awareness of faith that transcends...

Romance and adventure - contagious, compelling, captivating - these are the tools Janette Oke uses to craft the SEASONS OF THE HEART series. Through the magic of homespun fiction, she leads the reader into an awareness of faith that transcends the darkest fear.

Seasons of the Heart Book 3. Readers will laugh and cry as they follow the story of Josh Jones, an orphan growing up during the Great Depression. Eighteen-year-old Auntie Lou is the only mother Josh has ever known. When his grandfather and uncle start talking about finding a husband for his aunt, he knows something has to be done! As he grows to manhood through disappointment and tragedy, triumph and joy, Josh learns to trust God no matter what life brings.
-Publisher

Janette Oke (pronounced "oak") pioneered inspirational fiction and is the leading author in the category today. Love Comes Softly, her first novel, has sold over one million copies. Janette is now the bestselling author of over 70 books, 32 of which have been translated into fourteen languages. Her books have sold over 22 million copies.Janette receives fan mail from all over the world and answers each letter personally. She received the 1992 President's Award from the Evangelical Christian Publishers Association for her significant contribution to Christian fiction, the 1999 CBA Life Impact Award and has been awarded the Gold Medallion Award for fiction.Janette and her husband, Edward, have four grown children and enjoy their many grandchildren. They make their home in Canada.
-Publisher