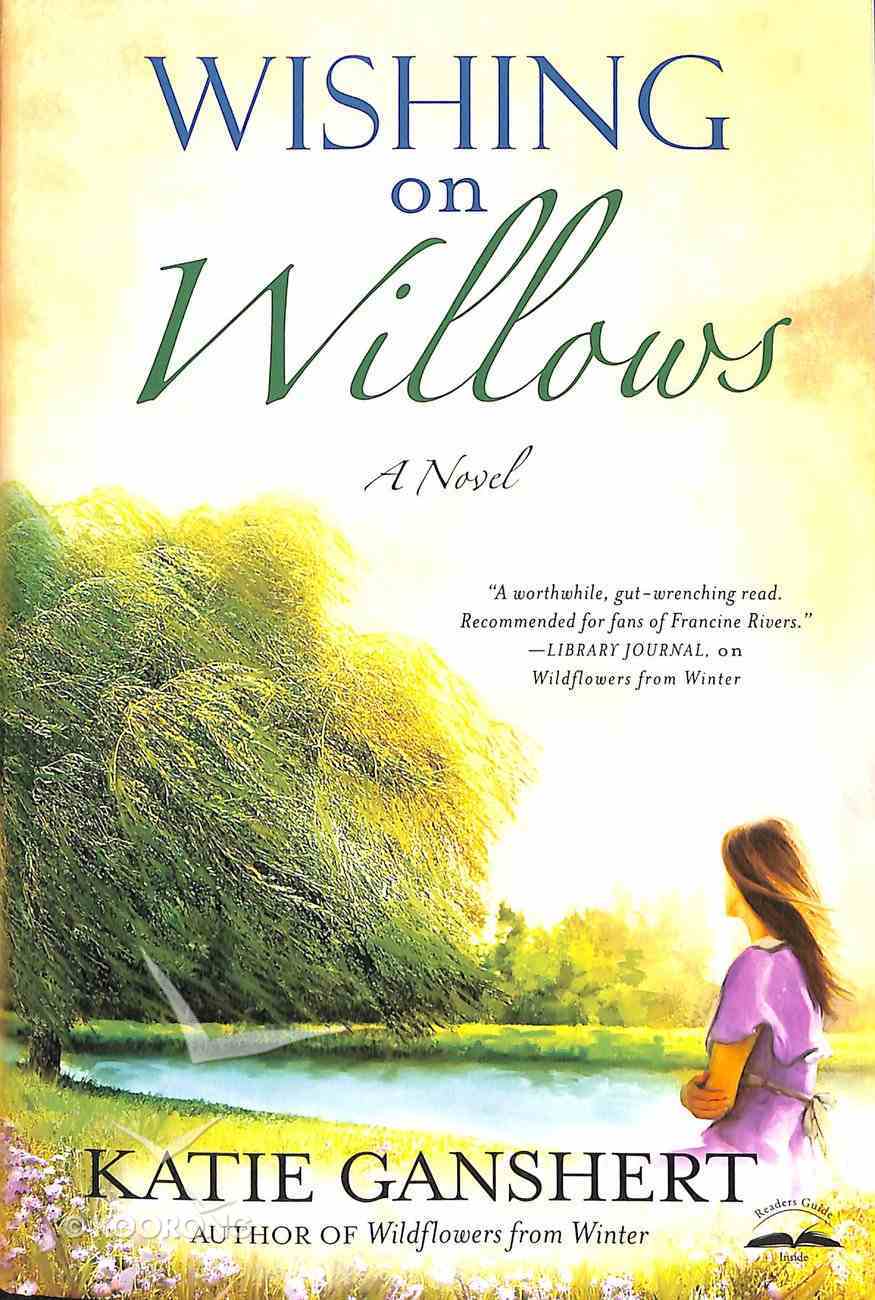 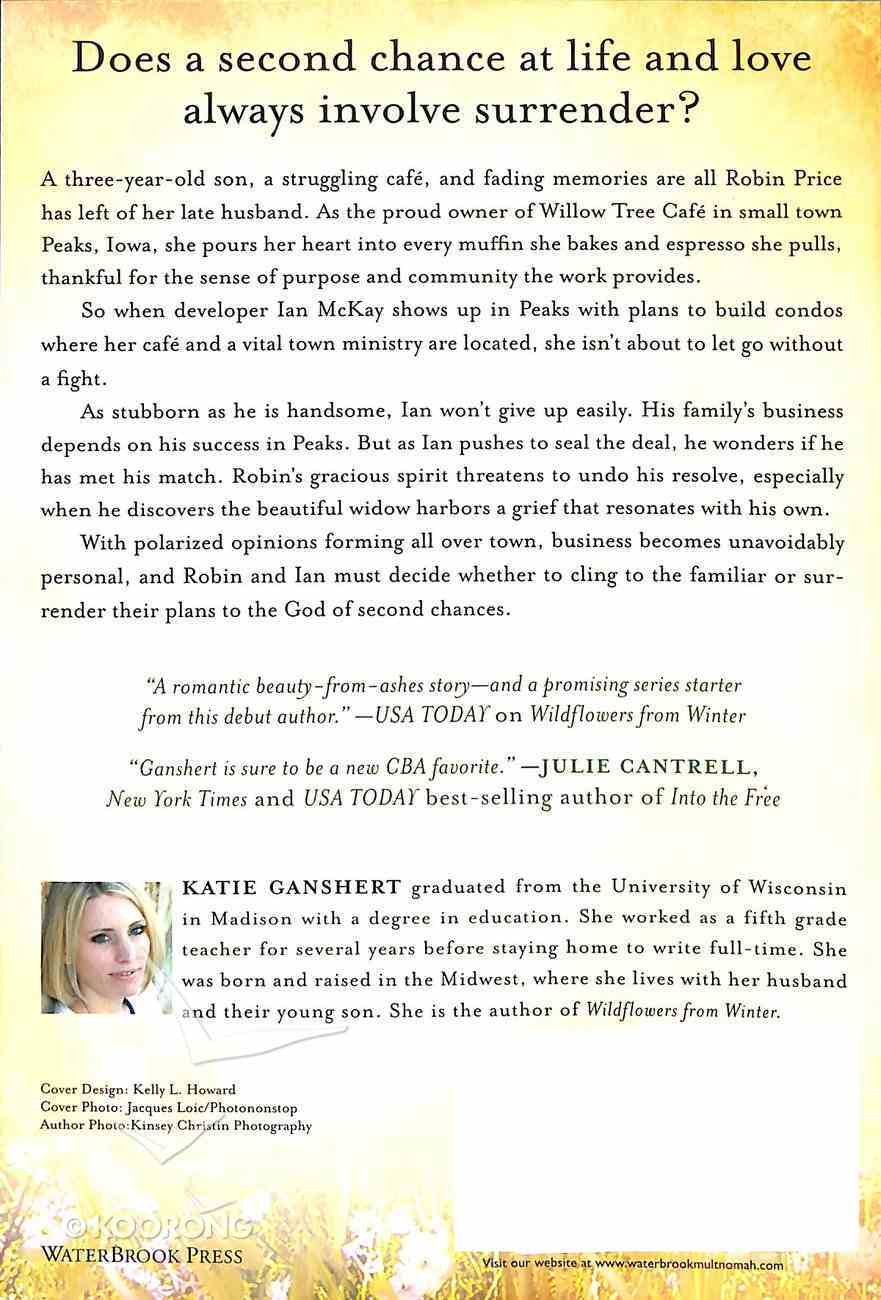 Does a second chance at life and love always involve surrender?   A three-year old son, a struggling café, and fading memories are all Robin Price has left of her late husband. As the proud owner of Willow Tree Café...

No One Ever Asked
Katie Ganshert
Paperback

The Art of Losing Yourself
Katie Ganshert
eBook

Does a second chance at life and love always involve surrender?

A three-year old son, a struggling café, and fading memories are all Robin Price has left of her late husband. As the proud owner of Willow Tree Café in small town Peaks, Iowa,  she pours her heart into every muffin she bakes and espresso she pulls, thankful for the sense of purpose and community the work provides.

So when developer Ian McKay shows up in Peaks with plans to build condos where her café and a vital town ministry are located, she isn’t about to let go without a fight.

As stubborn as he is handsome, Ian won’t give up easily. His family’s business depends on his success in Peaks. But as Ian pushes to seal the deal, he wonders if he has met his match. Robin’s gracious spirit threatens to undo his resolve, especially when he discovers the beautiful widow harbors a grief that resonates with his own.

With polarized opinions forming all over town, business becomes unavoidably personal and Robin and Ian must decide whether to cling to the familiar or surrender their plans to the God of Second Chances.
-Publisher

The first time I lost my husband, we were in Italy on our honeymoon. For the briefest of moments, as he walked toward me with our train tickets tucked in the back pocket of his jeans, the sunlight swallowed him. Even though he came back into view not more than a second later, my breath caught. I had this terrifying thought that something could happen. That moments were fleeting, and with the snap of a finger, he could be gone.

Before the idea could settle, Micah wrapped his arm around my waist and we boarded a train that took us up the coast to Cinque Terra—a cluster of five towns precariously built atop cliffs rising from the sea. With Micah’s warmth beside me and our train window framing a fire-burning sunset over the Mediterranean, life felt so intensely beautiful and limitless and vibrant that my heart ached. I understood why my mother had never wanted to vacation anywhere else.

We stayed at a bed-and-breakfast in the town of Riomaggiore. The next morning, instead of joining the tourists walking the main road, Micah and I went exploring, holding hands while a gentle breeze carried the scent of baking bread through the streets and church bells chimed in the distance and multicolored clothes danced on lines outside opened windows. That’s when we discovered Caffe di Luca.

It was small and squat, and not nearly sturdy enough to support the jumble of buildings stacked on top. But happy chatter lured us inside and we ordered in broken Italian. Then we sat by the window and drank the world’s best coffee, wondering out loud how anyone could tend and harvest vineyards that grew on vertical hills. We stayed through another two cups until we were giddy with caffeine.

Discovering Caffe di Luca was like finding a pearl in the belly of a clamshell—wonderful and unexpected. Like dedicated pearl divers, we spent the rest of our honeymoon searching for more, making a game of who could order in the best Italian, and later, French. Sipping café au laits. Eating pasticiotti and macarons. Taking silly pictures and dreaming about the children we would have and the memories we would collect with each passing year.

Ending such a magical time in Paris felt too cliché. Too American. So instead, Micah picked the second largest city in France. Which is how we wound up in Marseille at Café de Petit, an inconsequential establishment hidden behind a pair of olive trees.

In what I still claim to have been impeccable French, I ordered coffee—black for me, a double shot of espresso for Micah, and chocolate brioche to share. We took our treat outside and sat beneath one of the trees. Even now, eleven years later, I can still taste the flaky brioche melting over my tongue. I can hear the canopy of leaves rustling with the warm breeze. I can still feel Micah’s arms around me as I rest my head against his shoulder.

“We should do this.” His chest vibrated with the words.

“This.” He motioned toward the doors behind us, his arms tightening around my body. “A café.”

“No, seriously.” His lips brushed my temple. “I’ve seen you fall in love with every single one we’ve gone to. Your eyes light up. I’ll miss seeing that when we go home.” He turned me around and kissed my nose, ran his knuckles across my jaw. “I want you to have a café, Robin.”

I melted into his touch.

“Plus, you’d be the world’s sexiest café owner.”

He kissed my lips then. Long. Slow. Delicious. One of a thousand delicious kisses he’d given me over the last three weeks. And this magical, light, tantalizing feeling captured me—that even though we would soon be leaving, even though our honeymoon was drawing to a close, this was just the beginning. Micah and I had the rest of our lives to plan. To have children. To open a café. To come back here when we were old and gray, to Marseille and Cinque Terra and every other town we stopped at along the way. To celebrate the life we would build. The life we would share together.