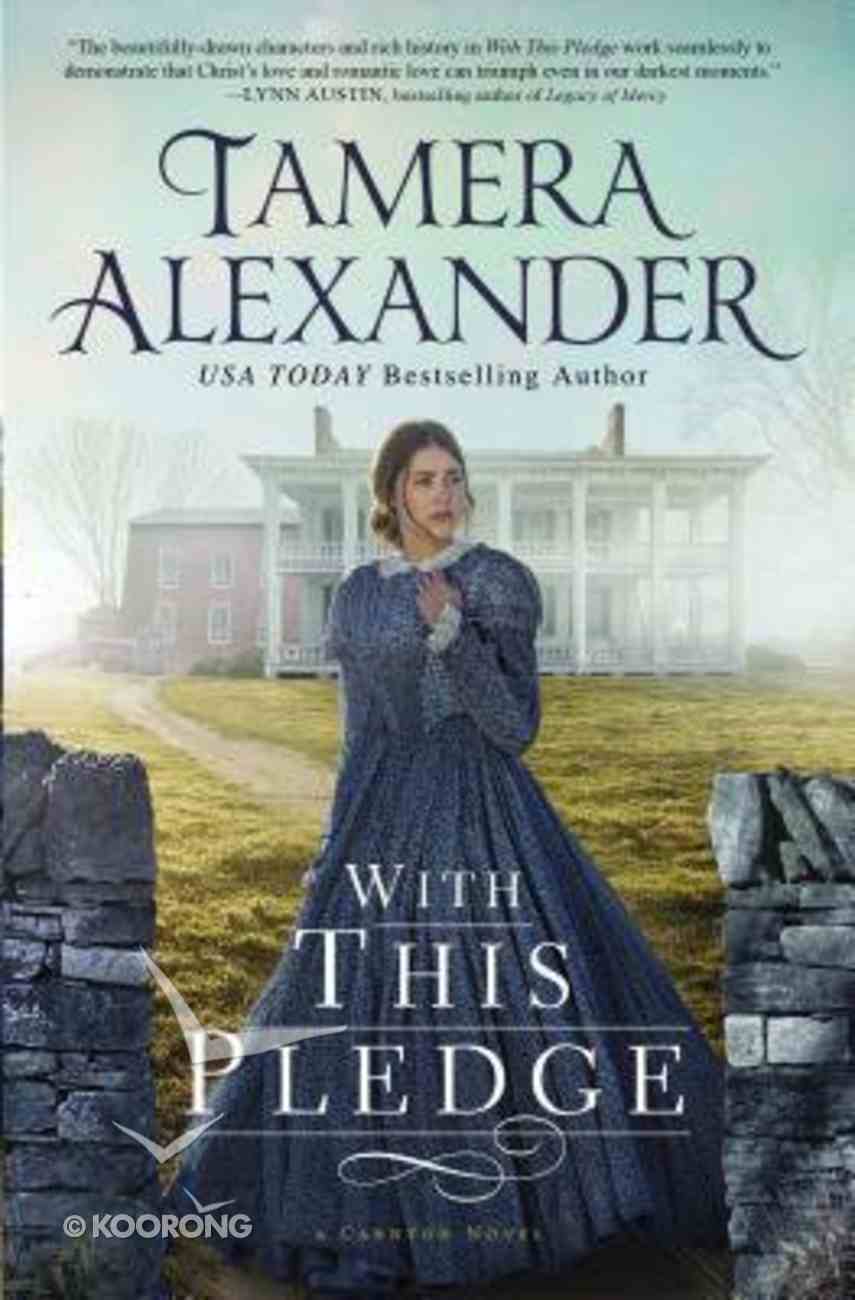 With This Pledge (#01 in The Carnton Series)

Colors of Truth (#02 in The Carnton Series)
Tamera Alexander
eBook


On the night of November 30, 1864, a brutal battle in Franklin, Tennessee, all but decimates the Confederacy and nearly kills Captain Roland Ward Jones. A decorated Mississippi sharpshooter, Jones has a vision on the battlefield and, despite the severity of his wounds, believes his life will be spared. But a life without his leg, he can't abide. He compels Elizabeth "Lizzie" Clouston-governess to the McGavock family at the Carnton mansion-to intervene should the surgeon decide to amputate. True to her word, Lizzie speaks on his behalf and saves not only the captain's leg but also his life.


When a fourteen-year-old soldier dies in Lizzie's arms that night, the boy's final words, whispered with urgency, demand that Lizzie deliver them to their intended recipient. But all she has is the boy's first name. And, as she soon discovers, there's no record of him ever having enlisted. How can she set out alone across a land so divided by war and hatred to honor her pledge? Even more, does she dare accept Captain Jones's offer to accompany her? As he coalesces at Carnton, romance has blossomed between him and Lizzie-a woman already betrothed to a man she does not love.


From the pages of history and the personal accounts of those who endured the Battle of Franklin, Tamera Alexander weaves the real-life love letters between Captain Roland Ward Jones and Elizabeth Clouston into a story of unlikely romance first kindled amid the shadows of war.