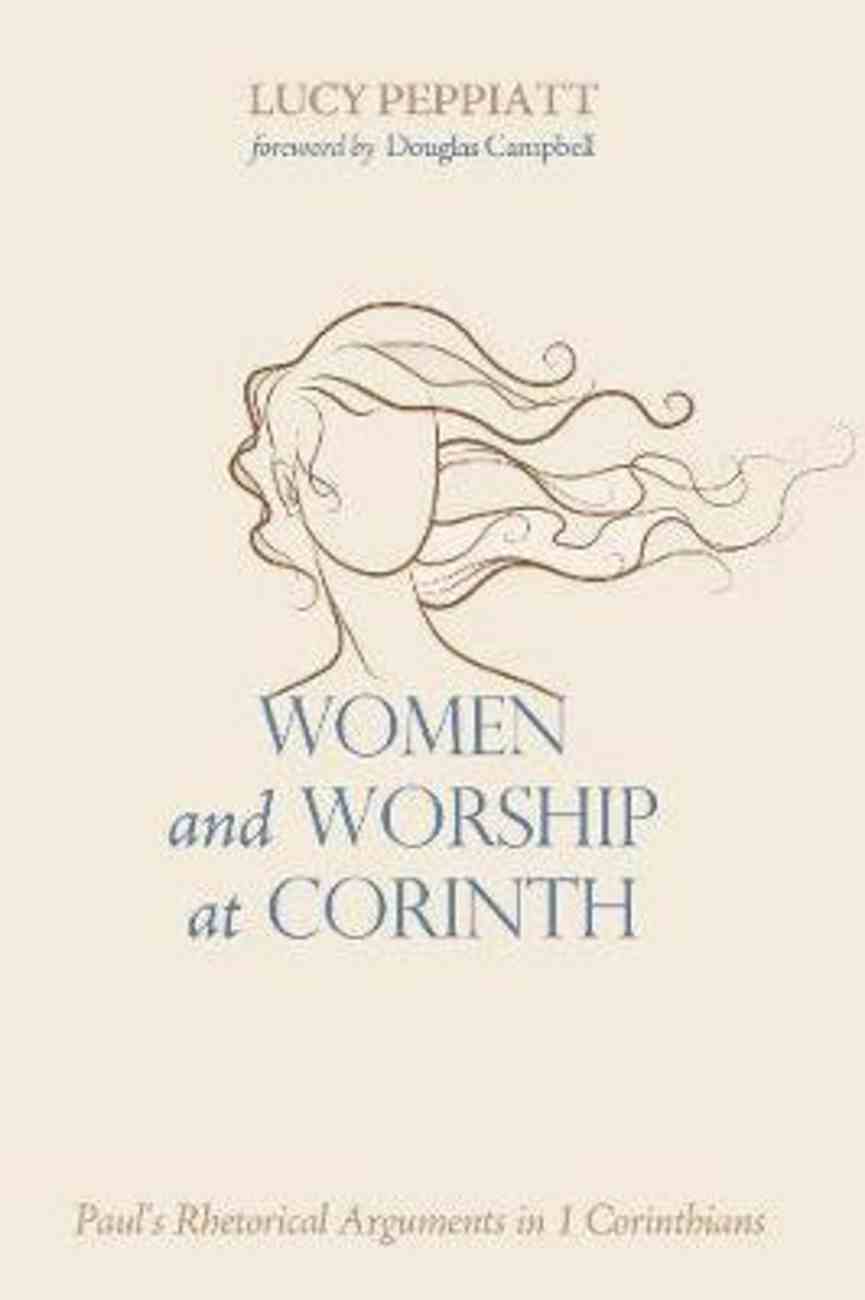 Women and Worship At Corinth: Paul's Rehtorical Arguments in 1 Corinthians

Making sense of Paul's arguments in 1 Corinthians 11-14 regarding both the role of women in public worship and the value of tongues and prophecy for the unbeliever has long posed challenges for any lay reader or scholar. Despite numerous...

The Acts of Paul
Richard I Pervo
eBook

Holiness in the Letters of Paul
J Ayodeji Adewuya
eBook

Beyond Old and New Perspectives on Paul
Chris Tilling
eBook

Making sense of Paul's arguments in 1 Corinthians 11-14 regarding both the role of women in public worship and the value of tongues and prophecy for the unbeliever has long posed challenges for any lay reader or scholar. Despite numerous explanations offered over the years, these passages remain marked by inconsistencies, contradictions, and puzzles. Lucy Peppiatt offers a reading of 1 Corinthians 11-14 in which she proposes that Paul is in conversation with the Corinthian male leadership regarding their domineering, superior, and selfish practices, including coercing the women to wear head coverings, lording it over the "have-nots" at the Lord's Supper, speaking in tongues all at once, and ordering married women to keep quiet in church. Through careful exegesis and theological comment this reading not only brings internal coherence to the text, but paints a picture of the apostle gripped by a vision for a new humanity "in the Lord," resulting in his refusal to compromise with the traditional views of his own society. Instead, as those who should identify with the crucified Christ, he exhorts the Corinthians to make "love" their aim, and thus to restore dignity and honor to women, the outsider, and the poor. "I view Lucy Peppiatt's attempt to reinterpret these texts here ... as both bold and significant... . It is a highly strategic argument and treatment. I expect it to break the broader discussion open in a new and constructive way." --from the foreword by Douglas Campbell "In this book, Peppiatt sheds new and invigorating light on texts in 1 Corinthians that concern the thorny issue of Paul and women. She brings together exegetical skill, theological insight, and a vital concern for the historically contingent nature of Paul's argumentation, to offer a genuinely original and constructive analysis. So often the language of 1 Cor 11:2-16 and 14:33-35 proves to be a stumbling block for readers of Paul. Peppiatt, in ways that will inevitably be contentious, paves a plausible way out of the interpretive difficulties, and does so in a way that is both unexpected and attractive." --Chris Tilling, St. Mellitus College, London, UK "Lucy Peppiatt offers in this volume a reading of Paul's advice on head coverings, women, and authority in the church. Her persuasive account of 1 Cor 11:2-16 rescues Paul from those who appeal to him in support of misogynistic theologies and confirms Paul's radical critique, rather than endorsement, of patriarchal culture. I commend it highly." --Murray Rae, University of Otago, Dunedin, New Zealand "This is a rigorous exegetical and theological analysis of a crucial and contested passage in Paul's letters, attentive to the complex and challenging interpretative options and implications entailed. Lucy Peppiatt's argument is a discerning and constructive contribution that requires careful consideration." --Tony Cummins, Trinity Western University, Langley, British Columbia, Canada Lucy Peppiatt is the Principal of Westminster Theological Centre, based in Cheltenham, UK. She is the author of The Disciple: On Becoming Truly Human (2012).
-Publisher

Lucy Peppiatt is the Principal of Westminster Theological Centre, based in Cheltenham, UK. She is the author of The Disciple: On Becoming Truly Human (2012).