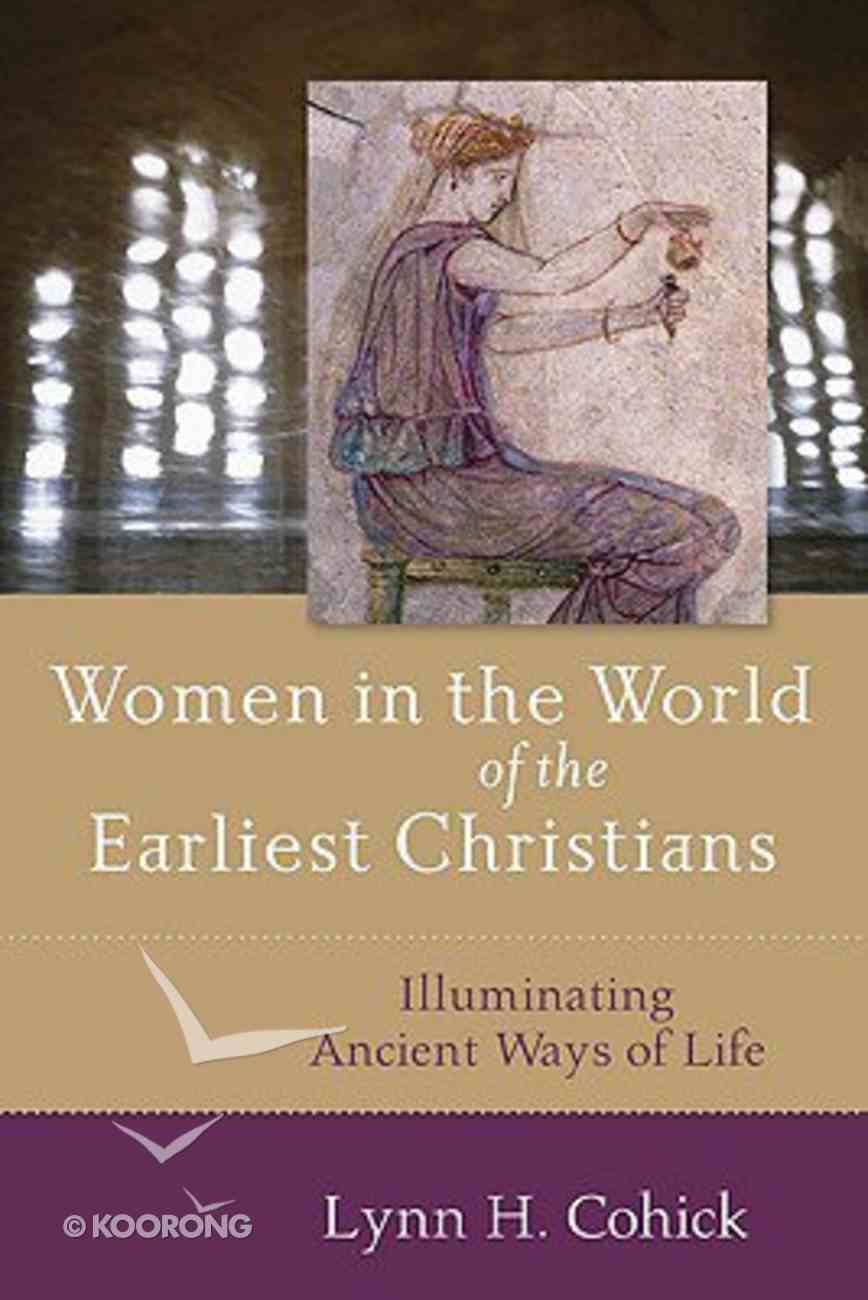 Women in the World of the Earliest Christians

Lynn Cohick provides an accurate and fulsome picture of the earliest Christian women by examining a wide variety of first-century Jewish and Greco-Roman documents that illuminate their lives. ^She organizes the book around three major spheres of life: family...

Lynn Cohick provides an accurate and fulsome picture of the earliest Christian women by examining a wide variety of first-century Jewish and Greco-Roman documents that illuminate their lives. ^She organizes the book around three major spheres of life: family religious community society in general . Cohick shows that although women during this period were active at all levels within their religious communities, their influence was not always identified by leadership titles nor did their gender always determine their level of participation. The book corrects our understanding of early Christian women by offering an authentic and descriptive historical picture of their lives. Includes black-and-white illustrations from the ancient world.
-Publisher

"Lynn Cohick combines insights from ancient Roman and Jewish texts with current scholarship on the lifestyles and limitations of being female in the first Christian century. The New Testament is not her primary focus, but it is frequently discussed, providing many fascinating parallels, which sometimes confirm and sometimes question traditional interpretations. As well as summarizing previous findings, the book includes many provocative new ideas, which will become the focus of much new work."--David Instone-Brewer, senior research fellow in rabbinics and the New Testament, Tyndale House, Cambridge"Dr. Cohick offers a richly detailed and finely nuanced invitation into the lives of women in the Hellenistic and Roman periods. The study profits from her integrated examination of literary, epigraphic, iconographic, and archaeological evidence. She exposes gender bias and ideology in literary evidence without discarding what reliable evidence these texts offer for the reconstruction of women''s ''real life'' experience. She remains attentive throughout not only to issues of gender but also to issues of status, class, and ethnicity and to the bearing these have on the levels of self-direction, involvement, and influence enjoyed by women in the Hellenistic and Roman periods. This book challenges some oft-heard generalizations about women, women''s roles, and women''s influence, replacing these with the more complicated and varied realities of women''s experience in the ancient world."--David A. deSilva, Trustees'' Distinguished Professor of New Testament and Greek, Ashland Theological Seminary"Many preconceptions exist about the role of women in the Greco-Roman and Jewish worlds at the time of Jesus. Women in the World of the Earliest Christians is a wonderful tour of the real terrain, providing a solid array of general principles and specific examples. By taking us through the world of women at that time, Cohick offers a solid glimpse of first-century culture--a wonderful window into the world of the New Testament that is well worth the read."--Darrell L. Bock, research professor of New Testament studies, Dallas Theological Seminary"Cohick invites the reader into the lives of women in the ancient world. She carefully assesses the available information--from literature, artwork, inscriptions, and even business receipts--sketching a portrait of ''real women''s experiences'' in the early days of Christianity. This portrait is one that moves beyond the stereotype of women sequestered at home, but it takes full account of the patriarchy that characterized their world. To combine fascinating storytelling with careful historical assessment is no simple task; Cohick does so with ease. Essential reading!"--Jeannine Brown, professor of New Testament, Bethel Seminary"What a gift--a scholarly volume that dusts off images and memorabilia tucked into the ''family album'' of Greco-Roman life only to find women everywhere! Cohick deftly examines a variety of ancient sources to reveal explicit and implied norms and actual behaviors, freedoms, and restrictions of women in this first-century context. From treatises to business receipts, the ordinary is allowed to shed light on the extraordinary variety, complexity, and communal significance of women''s contributions at every level of social and religious life--rural, urban, Jew, Gentile, wealthy, poor, pagan, Christian. This careful historical investigation does not play to modern temptations that either deconstruct women as props in an androcentric, patriarchal drama and reconstruct them as contemporary free agents or dismiss authentic access to their historical particularity. Nor does it ignore the social structures in which early Christian women and men became Jesus followers. Rather, it offers evidence that Greco-Roman women--daughters and mothers, educators and matrons, slaves and free women, religious leaders and patrons with civic influence--were active participants in an honor/shame-based culture in which
-Publisher

Lynn H. Cohick (Ph.D., University of Pennsylvania) is associate professor of New Testament at Wheaton College in Wheaton, Illinois, she previously taught at Nairobi Evangelical Graduate School of Theology. Dr Cohick is the co-author of The New Testament in Antiquity with Gary Burge and Evolution of the Synagogue with Howard Kee., her doctoral thesis was also published as The Peri Pascha Attributed to Melito of Sardis: Setting, Purpose and Sources( Brown Judaic Studies 327). Most recently she has authored Women in the World of the Earliest Christians: Illuminating Ancient Ways of Life and Ephesians (New Covenant Commentary).
Koorong - Editorial Review.