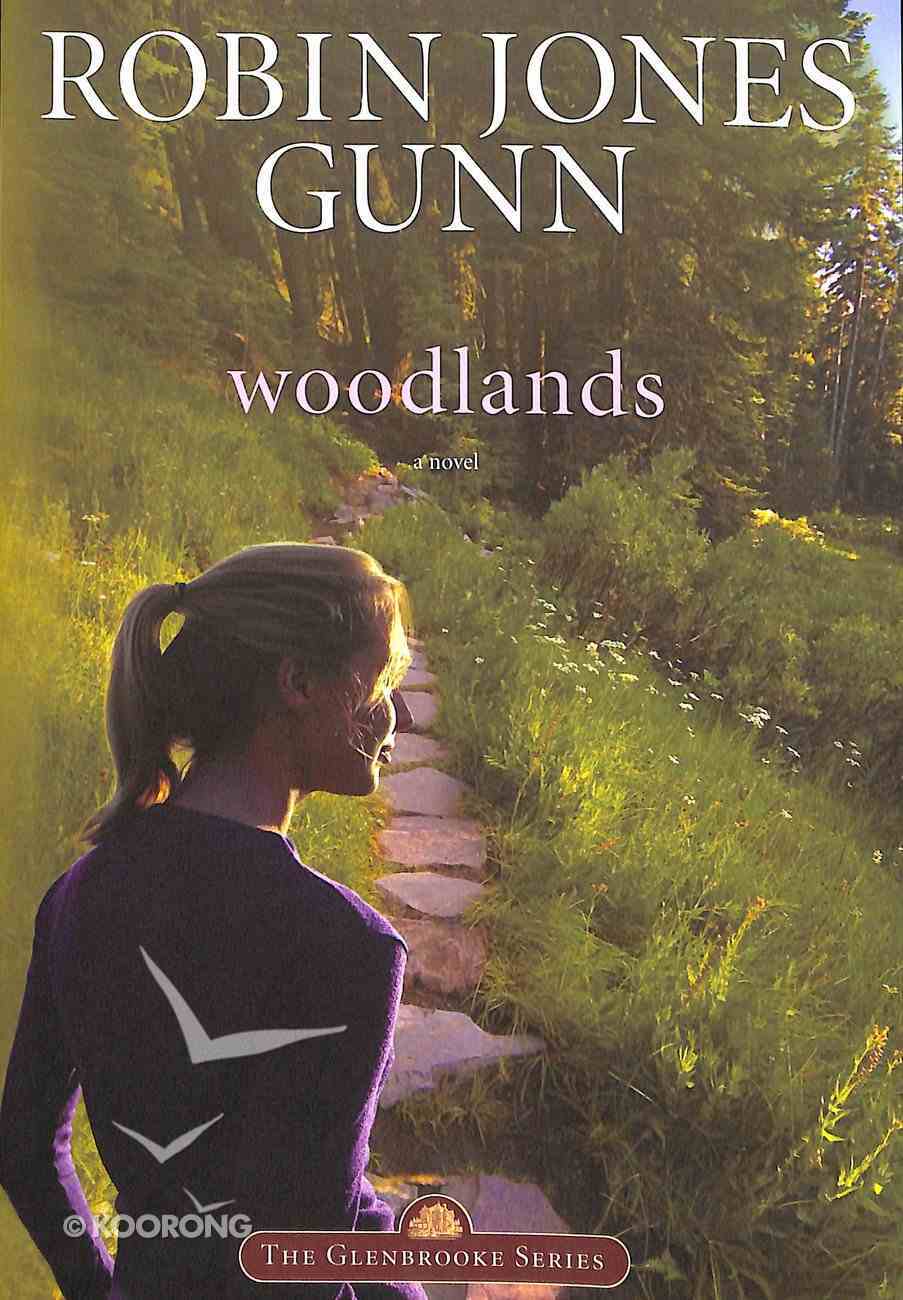 The charming town of Glenbrooke, Oregon, welcomes readers once more to delight in a contemporary love story. In this all-new offering in the heartwarming Glenbrooke series, bestselling author Robin Jones Gunn's characters get two lessons on love: it's not based...

The charming town of Glenbrooke, Oregon, welcomes readers once more to delight in a contemporary love story. In this all-new offering in the heartwarming Glenbrooke series, bestselling author Robin Jones Gunn's characters get two lessons on love: it's not based on performance and its motives must be pure. When Leah Hudson, the "ugly duckling" among beautiful sisters, meets mysterious newcomer Seth Edwards, she thinks someone could love her after all. Their friendship grows, but Seth has things he must work through before he can open himself to anyone. An unexpected inheritance serves to complicate matters that strike to the core of Seth's and Leah's hearts and faith.

The charming town of Glenbrooke, Oregon, welcomes readers once more to delight in a contemporary love story. In this all-new offering in the heartwarming Glenbrooke series, bestselling author Robin Jones Gunn's characters get two lessons on love: it's not based on performance and its motives must be pure. When Leah Hudson, the "ugly duckling" among beautiful sisters, meets mysterious newcomer Seth Edwards, she thinks someone could love her after all. Their friendship grows, but Seth has things he must work through before he can open himself to anyone. An unexpected inheritance serves to complicate matters that strike to the core of Seth's and Leah's hearts and faith.

Leah Hudson loves to give. But when others want to give back? Well, that’s another story entirely!

After years of pouring herself out for others, Leah, an average twenty-seven-year-old woman, finally finds herself receiving. She has her own cottage in Glenbrooke, wonderful friends, a great job at the hospital, and the attention of Seth Edwards, the new guy in town. She even wins a cruise to Alaska when she accidentally dials the number of a radio station!

So why can’t Leah relax and enjoy this new season of her life?

When an inheritance of fifty acres of prime Oregon woodlands is left to her—with a certain condition attached—Glenbrooke’s town lawyer, Collin Radcliffe, prompts Leah to question Seth’s motives for his interest in her. Only by turning her affections in a new direction will Leah be able to hear the true song of this springtime of her life.
-Publisher

The young batter swung and missed.

Leah checked the scoreboard. Bottom of the ninth. Score tied 7 to 7. The Edgefield Pirates took the outfield as her beloved Glenbrooke Rangers hustled up to bat.

Leah smiled. She took a sip from her can of Dr Pepper and flipped her feathery blond hair behind her ears. &ldquo;It doesn&rsquo;t get any better than this,&rdquo; she murmured to herself, gazing at the lavender sky. The retiring sun had left a dozen pale pink streak marks on its way home. A flock of chattering wrens flitted overhead.

Little blond-haired Travis ran over to the Snack Shack with a golden retriever bounding behind him. Chinning himself up&#160;on the counter, the almost five-year-old asked, &ldquo;Can I have a Sno-Kone, Auntie Leah?&rdquo;

&ldquo;Here you go, Travis,&rdquo; Leah said, handing him the rainbow Sno-Kone. He smiled and produced a fistful of money.

&ldquo;Tell your mom I&rsquo;m coming over early on Saturday to help with the Easter egg hunt, okay?&rdquo;

&ldquo;Okay,&rdquo; Travis said. Without looking back, he trotted to the bleachers with the retriever beside him.

That&rsquo;s when Leah noticed the guy in shorts. He leaned against the side of the bleachers with a large Dairy Queen shake in his hand. His black shorts and forest green knit shirt were the uniform of the Parker Delivery Service, which made almost daily deliveries to the admitting desk of Glenbrooke General Hospital where Leah worked. She knew all the delivery guys. This one had to be new. She would have remembered those legs. No one in Oregon had legs that tan this early in spring.

A cheer rose from the home crowd, and Leah realized she had missed a hit. The tallest of the Glenbrooke Rangers dashed to first base while the Pirates fumbled with the ball in the outfield. The runner made it to third base before the ball was back in the pitcher&rsquo;s mitt.

&ldquo;Come on, Rangers!&rdquo; Leah yelled, as the next batter stepped up to the plate. &ldquo;You can do it! Bring him home!&rdquo;

Her voice must have really traveled because the delivery guy with the bronzed legs turned halfway around and watched her instead of the game. Leah allowed her gaze to linger in his direction a little longer. She strained to make out any distinct facial features, but his baseball cap cast too much shadow for her to come to any real conclusions. She was pretty sure she had never seen him before.

Leah turned away when another young customer came up and asked for a candy bar. Just then, a cheer rose from the bleachers.

&ldquo;What happened?&rdquo; She didn&rsquo;t have to wait for an answer. The whoops and hollers from the bleachers indicated that the Rangers had just scored a run. Dozens of parents stood and cheered for their kids. Leah knew almost everyone.

She felt a familiar twinge of pain as she watched the parents&rsquo; joyous outburst. It was the same ache she felt whenever she realized she was on the sidelines while all the women her age were holding babies or hugging their husbands or both.

Leah glanced again at the uniformed delivery guy. He had squatted down and was using both hands to rough up the golden retriever behind the ears.

Look away, Leah, look away! Don&rsquo;t do this to yourself.

A well-used recording played in her psyche right on cue. The voice was that of her oldest and least favorite sister. The words had been spoken a long time ago, yet Leah never had forgotten them: &ldquo;You have neither the frame nor the frame of mind to ever attract someone stable.&rdquo;

Leah&rsquo;s three oldest sisters were willowy blonds, like their mother. They all married before they turned twenty-two. The next two sisters had inherited their father&rsquo;s height as well as his thick, brunette hair and milk-chocolate brown eyes. Both of them had married intelligent men and had moved to the East Coast.

Somehow Leah managed to be the only daughter who inherited what she considered the lesser qualities of both parents. She had her father&rsquo;s round face and candy apple cheeks and her mother&rsquo;s long neck. Her eyes were a cloudy gray, and she had worn glasses starting in the second grade and contacts since ninth grade. Her blond hair, which she had inherited from her mother, was the only attribute she liked. She had her mother&rsquo;s short stature but her father&rsquo;s strong, muscular frame. The years she had spent transferring her heavy father from his sickbed to his wheelchair had done her figure a favor by giving her great muscle tone. Perhaps that would be her only reward for being the daughter who stayed in Glenbrooke to care for her elderly parents, which she did faithfully until they both passed away a year ago.

Leah&rsquo;s Glenbrooke friends were her family now. She knew better than to be deluded about the possibility of marriage and family over some guy with tan legs. A guy who obviously loved dogs. And Dairy Queen shakes. And Little League games and gorgeous spring evenings.

Oh, stop it, will you! Leah chided, forcing herself to turn away from the delivery guy by the bleachers. She tried to focus on the price list sign behind her. One of the rs in &ldquo;burrito&rdquo; was crooked. She fixed it and brushed a spider web from the top right-hand corner of the sign.

Another blast of hurrahs echoed from the bleachers. Leah turned to see the Rangers galloping out to the field, tossing their caps and mitts into the air.

She let out a loud cheer. &ldquo;Way to go, Rangers!&rdquo;

The exuberant crowd came rushing in her direction, looking for post-game refreshments. Leah snapped into action, reaching for canned drinks in the ice chest and counting out Pixie Stix. The faster she worked, the louder the crowd grew&mdash; and the larger. Just when she had appeased nearly all the parents from the bleachers with their toddlers, the players on both teams joined in the mob, waving tickets from their coaches for free treats.

The side door of the Snack Shack trailer opened, and without looking to see who it was, Leah said, &ldquo;Hey, we have to keep that door shut, you guys.&rdquo;

&ldquo;I thought you could use some help,&rdquo; a deep voice said.

Leah looked up at the delivery guy, who was now standing beside her. She realized again the disadvantage of being only 5'4". It meant she constantly had to look up to men. That had been a problem for her more than once and in more ways than one.

He had the gentlest, deep blue eyes she had ever seen. And the whitest smile. Or was it just his rich tan that made his eyes and smile stand out?

A chorus of eager sugar hounds responded with one, highpitched note of &ldquo;Me!&rdquo;

&ldquo;Point to them one at a time,&rdquo; Leah suggested. &ldquo;The yellow tickets are worth a dollar each. The blue ones are fifty cents. And if you can get them to form a line, you&rsquo;ll do better than I have.&rdquo;

A shrill whistle pierced the air. Leah nearly dropped the Sno-Kone she had just finished making for her customer.

&ldquo;Line up! Single file. Let me see two lines here. That&rsquo;s it. You guys are awesome. Now what can I get for you?&rdquo; he asked, pointing to the first sweaty face in the line.

Leah looked on in amazement. &ldquo;How did you do that?&rdquo;

&ldquo;In the ice chest. I only have cans. The ice over there is for the Sno-Kones.&rdquo;

&ldquo;No, sorry. I&rsquo;ll be sure to freeze some before the next game. Do you want an unfrozen Snickers instead?&rdquo;

He nodded, and she handed him the last one.

&ldquo;Nope,&rdquo; Leah heard her partner say to his next customer above the rising noise level. &ldquo;Looks like that was the last one. How about a Hershey&rsquo;s bar? Or what else do we have here? A Milky Way?&rdquo;

Leah had orders for five Sno-Kones in a row, followed by a burrito, which she tossed in the microwave while scooping up two popcorns and passing out a few candy bars. And then the customers were all gone. In record time.