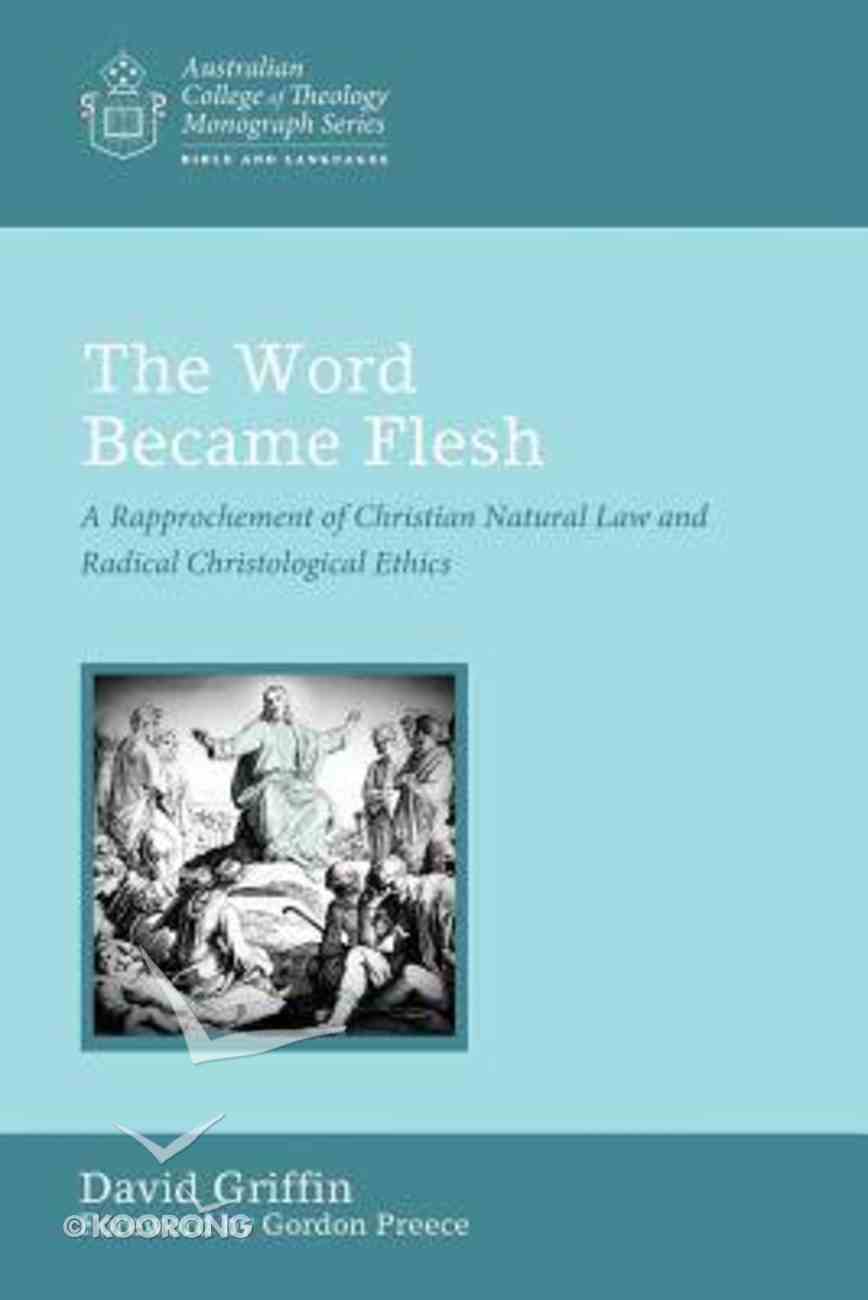 Is following Jesus natural? Many would say no, but this book argues yes. Saying no suggests that grace and human nature are alternate moral categories. Saying yes implies that our humanity is gracious in origin, capacity, and intent. Much of...

Son of Mary: The Family of Jesus and the Community of Faith in the Fourth Gospel (Australian College Of Theology Monograph Series)
Margaret Wesley
eBook

Is following Jesus natural? Many would say no, but this book argues yes. Saying no suggests that grace and human nature are alternate moral categories. Saying yes implies that our humanity is gracious in origin, capacity, and intent. Much of this discussion hangs on what is meant by ""nature"" and ""natural,"" and this book explores these ideas creationly and christologically. Part One considers natural law as commonly found in the classical Christian tradition. Part Two explores the radical christological tradition of Anabaptism. Part Three then proposes the two-nature christology of the Chalcedonian definition as a theological resource enabling their reconciliation. The Chalcedonianism of the modern Barth and the ancient Maximus the Confessor are appropriated, along with scientific theology of T. F. Torrance and Nancey Murphy. If Chalcedon correctly affirms Jesus's humanity as being homoousios (one nature) with our humanity, created like Adam's through the eternal Spirit, then Jesus's life was natural--proper to its created intent. And as his divine nature was homoousios with the Father's nature, he is the human expression of the divine Word which gives creation its contingent moral rationality. As such, the life of Jesus (Anabaptists' concern) is morally normative for all humanity (natural law's concern). ""Griffin's ambitious book rejoins the oft-separated classical theological tradition of the Logos and the radical Christocentric Anabaptist tradition. His theological peace-making and robust argument provide a rich synthesis of apparent opposites. Shed your skepticism to see what coherence Griffin uncovers through this rapprochement and what radical theological and ethical fruitfulness potentially follows."" --Gordon Preece, Director of Ethos: Evangelical Alliance Centre for Christianity and Society, Melbourne, Australia ""Orthodox and radical? Natural and in sync with (the radical ethics of) the Word made flesh? Yes, says David Griffin in this well-written and challenging book. Just at the moment when there seems to be an uptake in interest in natural law and questions raised about whether orthodoxy can fit with radical, Christ-centered ethics, this book sheds much-needed light on the subject. What a timely intervention, opening up fresh angles on age-old subjects."" --Mark Thiessen Nation, Coauthor, Bonhoeffer the Assassin? (2013) ""Finally, someone has dared to do the seemingly unthinkable! Griffin's ambitious argument will not be the last word about the relationship between Christocentric radicalism and natural law, but it serves excellently as a fruitful (and just slightly polemical) provocation."" --Paul Martens, Associate Professor of Religion, Baylor University ""This complexbookexplores a complex topic: the relation of natural law and radical christological ethics to Christology proper. This is an important question about which Griffin makes important claims. By reconciling them by way of Chalcedonian Christology, he enables natural law ethics to be more robustlyChristian, and radical christological ethics to be more open to the world. Griffin's wide-ranging discussion rewards careful reading with challenging and stimulating insights, making the effort well worthwhile."" --Andrew Sloane, Morling College David Griffin is the Minister of North Canberra Baptist Church, Australian Capital Territory, Australia. He is a member of the Anabaptist Association of New Zealand and Australia, and a chaplain at the Australian National University, Canberra. He has pastored Baptist churches for more than three decades. His research interests include theological ethics and twentieth-century theology. His other interests include sport and cabinetmaking."
-Publisher

David Ray Griffin is Professor Emeritus of Philosophy and Theology at Claremont School of Theology, Professor Emeritus of Religion at Claremont Graduate University, and Co-Founder of the Center for Process Studies. He is the author of "Two Great Truths: A New Synthesis of Scientific Naturalism and Christian Faith", and coauthor, with John B. Cobb Jr., of "Process Theology: An Introductory Exposition". Author of numerous books in philosophy of religion, he has also published two popular books on the World Trade Center attacks: "The New Pearl Harbor: Distubing Questions About the Bush Administra