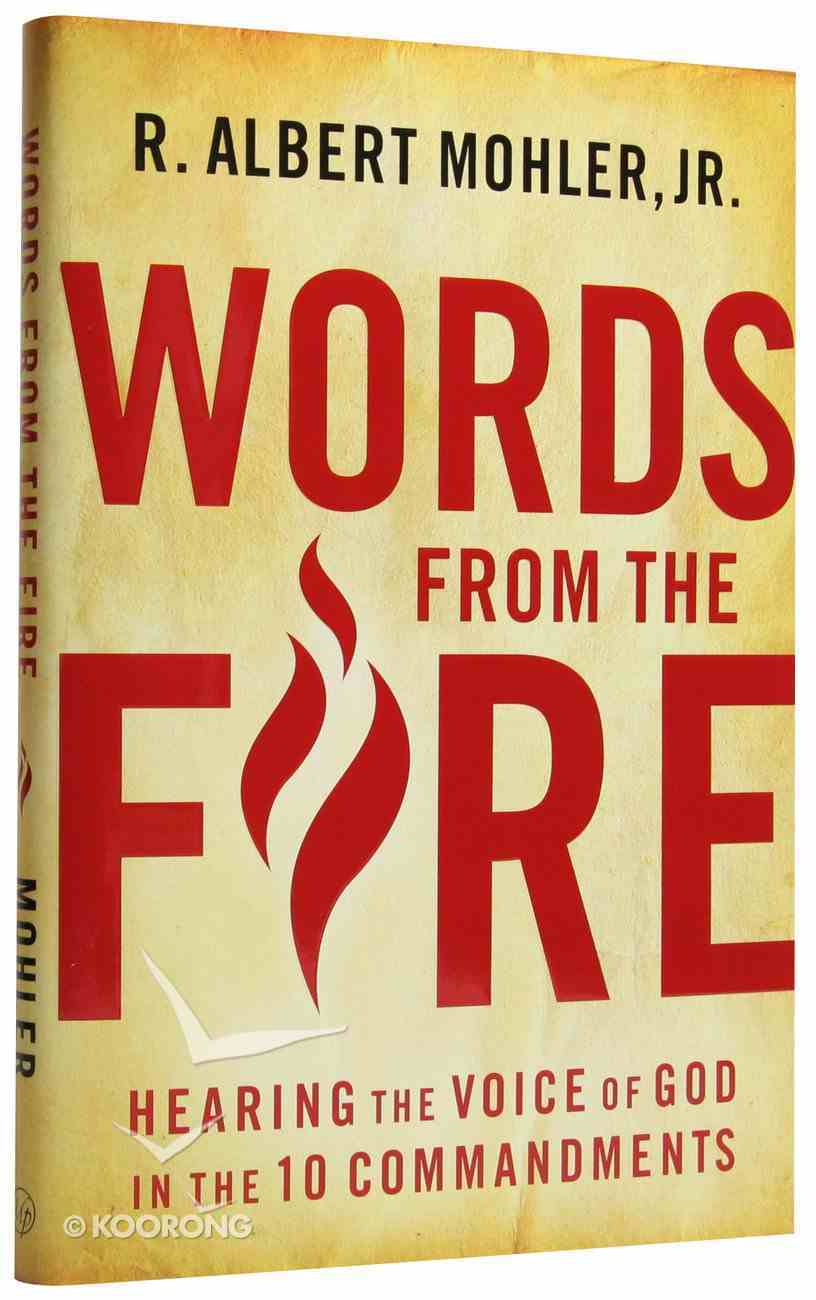 Words From the Fire

R. Albert Mohler, Jr.is the ninth president of The Southern Baptist Theological Seminary, the flagship school of the Southern Baptist Convention and one of the largest seminaries in the world. He also serves as Professor of Christian Theology at Southern...

The Road Trip That Changed the World
Mark Sayers
Paperback

Seated With Christ: Living Freely in a Culture of Comparison
Heather Holleman
Paperback

R. Albert Mohler, Jr.is the ninth president of The Southern Baptist Theological Seminary, the flagship school of the Southern Baptist Convention and one of the largest seminaries in the world. He also serves as Professor of Christian Theology at Southern Seminary and as Editor-in-Chief of The Southern Baptist Journal of Theology, as well as on the boards of several organizations including Focus on the Family and The Council for Biblical Manhood and Womanhood. Dr. Mohler has been quoted in the nation's leading newspapers, includingThe New York Times,The Wall Street Journal, andUSA Today. He has also appeared on such national news programs as CNN'sLarry King Live, NBC'sToday ShowandDateline NBC. He and his wife, Mary, have two children.
-Publisher

If God has spoken, then the highest human aspiration must be to hear what the Creator has said. God has indeed spoken, through the Ten Commandments, and Al Mohler explores this revelation of God and the implications for His people. The promise is to hear, to obey, and to live. These "Ten Words" tell us who God is and what His people should look like.

Mohler is a respected voice on the state of our culture (and the church) today. The Ten Commandments speak to current issues today such as the exclusivity of the Christian God, the essence of worship, capital punishment, just war, business ethics and the postmodern definition of truth.