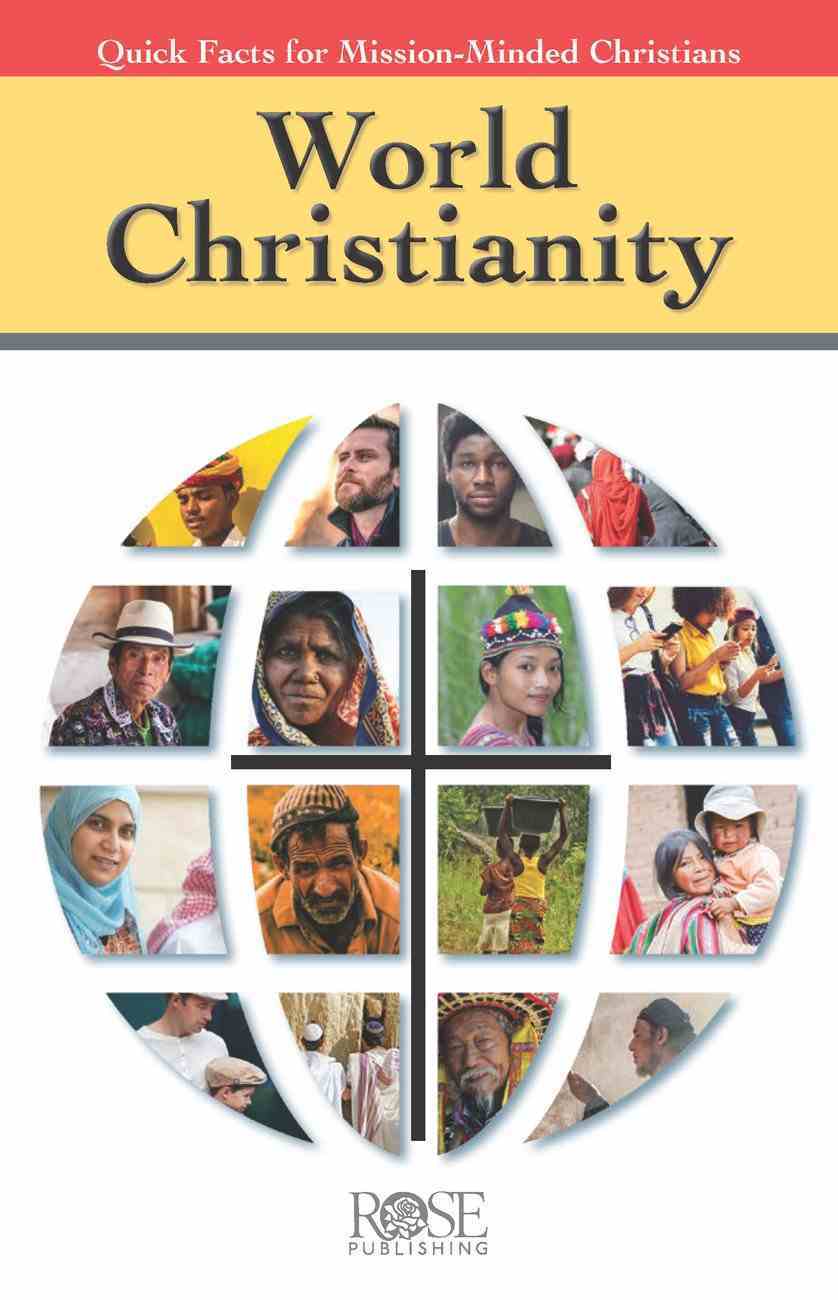 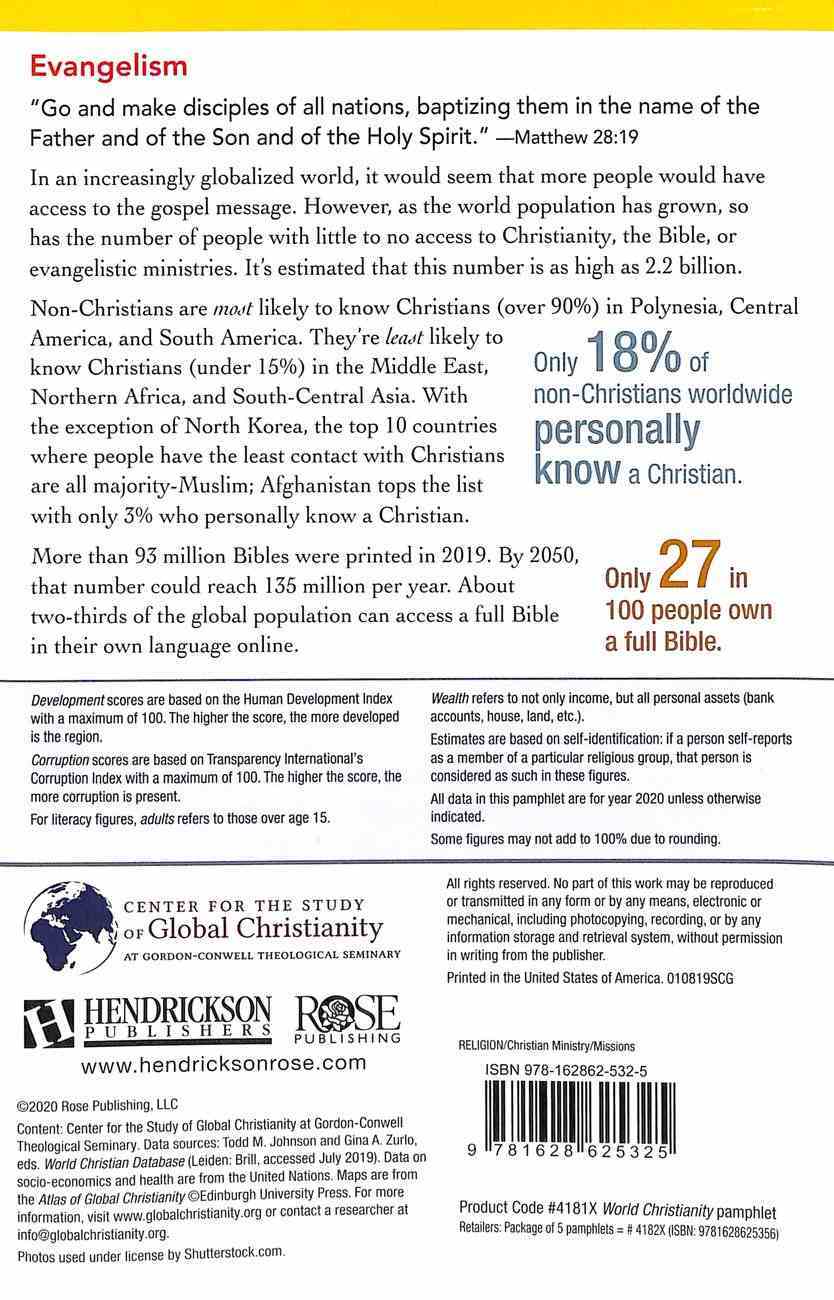 : Which countries have not heard about Jesus? Where do most Christians live? How has missions work impacted children's access to education? Get answers to these questions and more with World Christianity: Quick Facts for Mission-Minded Christians . Whether you...

31 available
Expected to ship within 11 hours from Australia.
Learn More
Free Shipping
for orders over $99.

Psalms to Comfort and Encourage You
Pamphlet

:
Which countries have not heard about Jesus? Where do most Christians live? How has missions work impacted children's access to education? Get answers to these questions and more with World Christianity: Quick Facts for Mission-Minded Christians. Whether you are considering a missions project, want to know where best to give your resources, or simply want a prayer guide for Christians around the world, this quick-reference pamphlet shows up-to-date information in a concise, easy-to-use format.


Commonly referred to as the "Great Commission," Jesus commanded his disciples to "Go into all the world and preach the gospel to all creation" (Mark 16:15, NIV). More than 2,000 years later, his twenty-first-century disciples are still spreading the Good News around the globe. What has been their impact? What areas still need the most help?


This pamphlet combines data from the World Christian Database (from the Center for the Study of Global Christianity at Gordon-Conwell Seminary) with Rose Publishing's trademark visual style to show you key information at a glance. It's packed with maps, charts, and infographics on current global data, such as:

Religion Facts & statistics including: development, average Christian income, education & literacy, internet use, healthcare (infant mortality, life expectancy, etc.), access to safe water, and more Bible translation Christian income and assets distribution Includes Fascinating Facts Such As: South Korea sends the second-largest number of missionaries worldwide (the United States sends the most). Asia is the historical homeland of many of the world's religions including Islam, Christianity, Judaism, Hinduism, and Sikhism, and, as a result, is the most religiously diverse continent in the world. Papua New Guinea grew from 4% Christian at the beginning of the twentieth century to 95% Christian today. Latin American countries with the most Christians are Brazil (187 million), Mexico (120 million), and Colombia (46 million). Although Africa is the continent with the most Christians in the world, only 56% of people have access to the full Bible in their own language.
Perfect for personal use, church libraries, fundraising presentations and support campaigns, handouts, and much more. Pamphlet, 14 panels, 5 1/2 x 8 1/2 inches, ISBN 978-1-62862-532-5.

Have You Been Born Again? (Pack Of 25)
News Publishers Good
Booklet