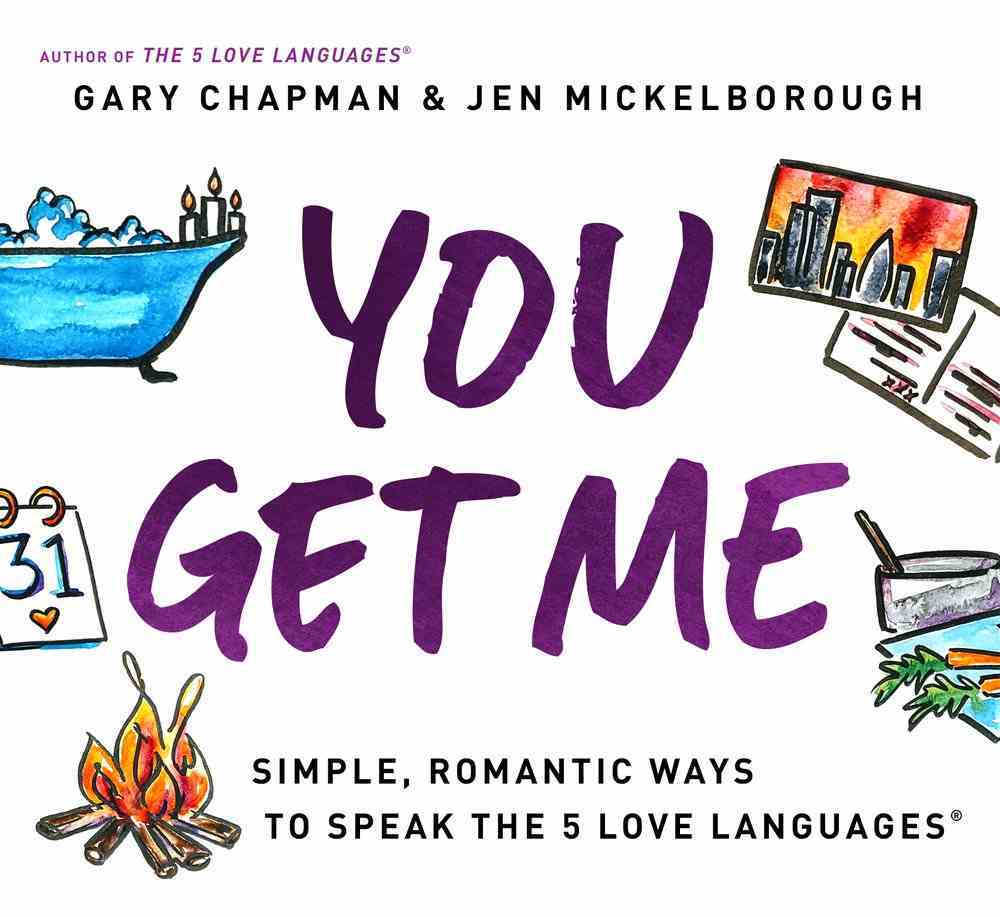 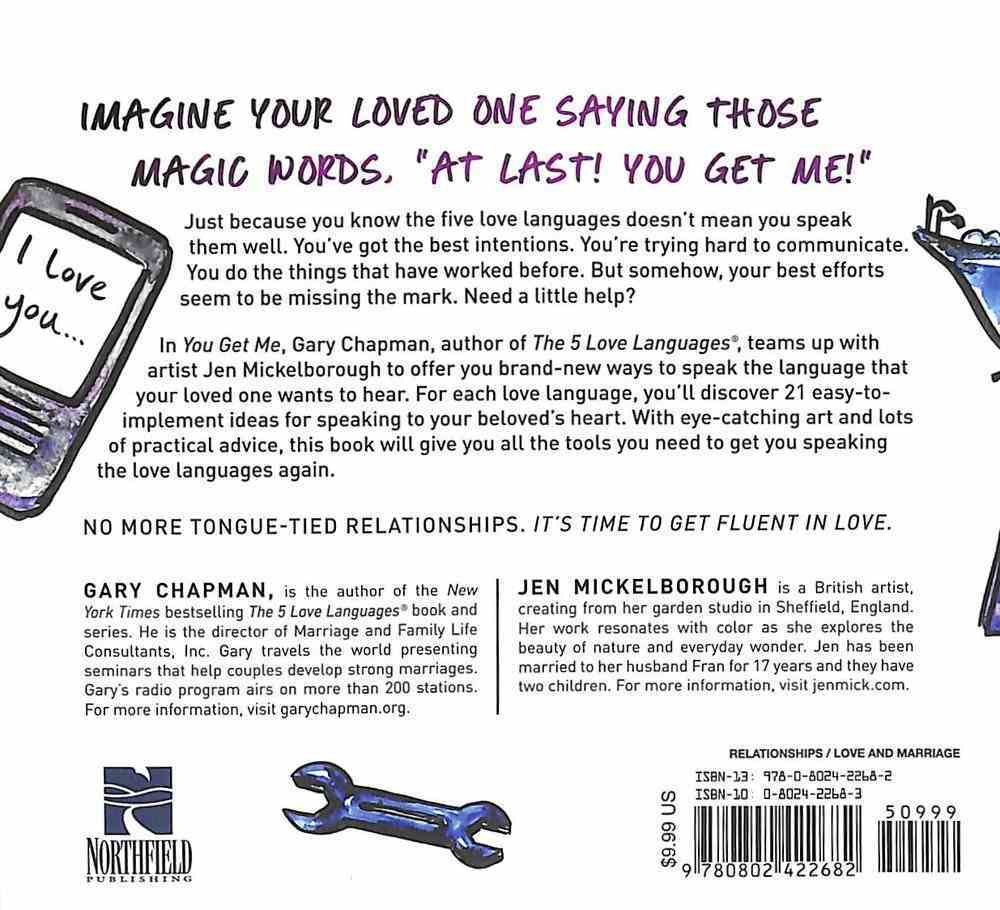 You Get Me: Simple, Romantic Ways to Speak the 5 Love Languages

: Love Your Loved One in the Ways That Mean the Most Knowing your significant other's love language is the first step to communicating love-but ideas for how to communicate don't always come easily. While your love is...

31 available
Expected to ship on Monday from Australia.
Learn More
Free Shipping
for orders over $99.

Love Your Loved One in the Ways That Mean the Most


Knowing your significant other's love language is the first step to communicating love-but ideas for how to communicate don't always come easily. While your love is unquestionable, are you expressing it in ways that are meaningful to your loved one?


In You Get Me by Jen Mickelborough and Dr. Gary Chapman, author of The 5 Love Languages®, you'll find simple, practical ideas for how to infuse your relationship with excitement, joy, and intimacy as you care for your beloved in the ways that mean the most to him or her. From planning spontaneous dinners to warm embraces, from creating thoughtful playlists to picking out the perfect gift, learn ways to communicate your love in every love language.


Don't let a lack of ideas limit your best intentions. Discover how these simple, everyday expressions of love can become fundamental to establishing understanding and connection within your relationship.