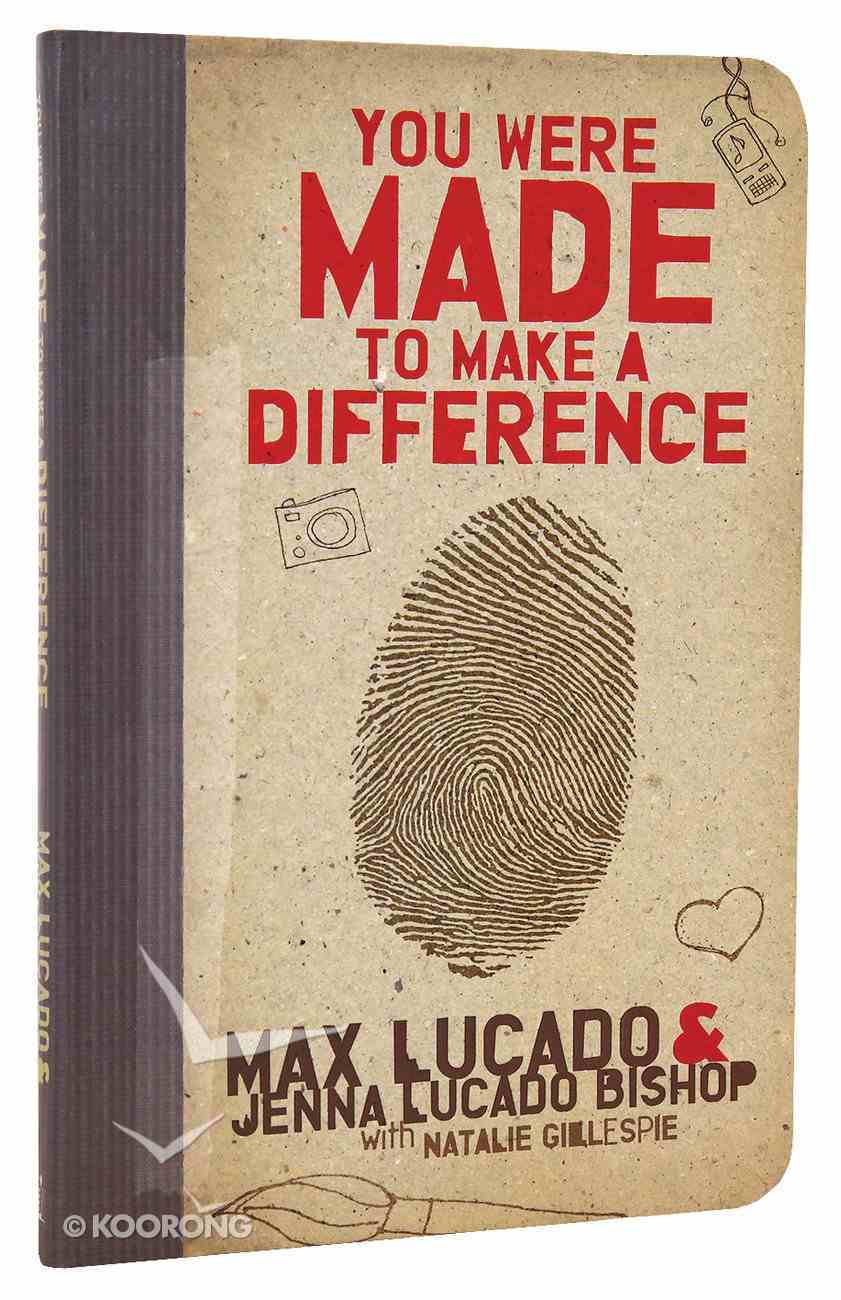 You Were Made to Make a Difference

^Want to change the world? Did you know "You Were Made to Make a Difference"? ^This adaptation of "Outlive Your Life" for teens offers practical tips youth can take out into their community to make a difference, plus real-life stories...

You Were Made to Make a Difference
Max Lucado, Jenna Lucado Bishop
eBook

^Want to change the world? Did you know "You Were Made to Make a Difference"? ^This adaptation of "Outlive Your Life" for teens offers practical tips youth can take out into their community to make a difference, plus real-life stories about those who have done just that. Teens learn that God can use them to make a difference right now. He wants to use them today, without waiting for them to be older, stronger, richer, or even more "together." God can use their minds, their spirits, and their hands and feet to make permanent change for His kingdom. ^Also included are valuable resources, interesting facts about the needy in the world and how little it takes to make a big difference, and other interactive elements such as journaling opportunities for writing personal ideas and service goals. ^Teens will learn that their role in life is bigger than themselves, and that they're not too young to make a difference for God.
-Publisher

A Treasury of Miracles For Teens
Karen Kingsbury
Paperback

Growing Up By the Book
Patricia Weerakoon
eBook