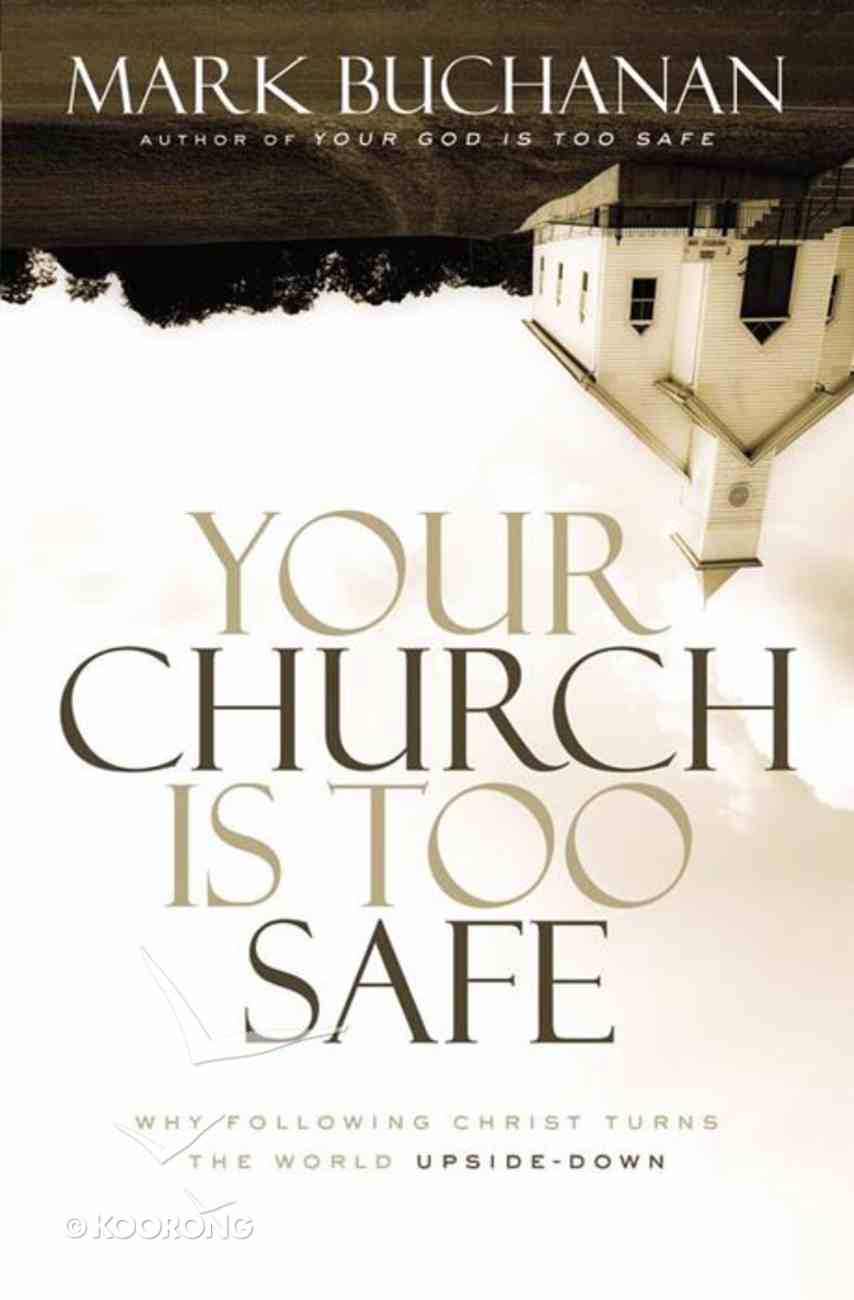 Your Church is Too Safe

Drawing insights from his study of the book of Acts, Buchanan challenges churches to 'turn the world upside-down'---to be both good news and bad news, an aroma and a stench -- a disruptive force to whoever or whatever opposes the...

On the Verge: A Journey Into the Apostolic Future of the Church (Exponential Series)
Alan Hirsch, David Ferguson
eBook

Sky is Falling, the Church is Dying, and Other False Alarms, the
Ted Campbell
eBook

Drawing insights from his study of the book of Acts, Buchanan challenges churches to 'turn the world upside-down'---to be both good news and bad news, an aroma and a stench -- a disruptive force to whoever or whatever opposes the Kingdom of God, and a healing and liberating power to those who seek it.

"These men who have turned the world upside down have come here also." That was the startled cry, circa 50 AD, from a hastily assembled mob in Thessalonica. These men who have turned the world upside: their description of Paul and Silas. Holy vandals on the loose, anointed marauders running amok, men out ransacking Roman cities with the gospel. You'd think they were heralding the arrival of Barbarian hordes, fierce Berserkers descending on poorly fortified villages, not two hungry men with no more than a fire in their bellies and a wildness in their eyes. These were just two ordinary men. But, as Paul says to the Corinthians, he was a man who preached "with a demonstration of the Spirit's power," a man whose weapons were not of the world but had "divine power to demolish strongholds." Two simple, ordinary men, walking in the power of God. A whole town in uproar because of them. It's been a while since we've seen the likes of this. Your Church Is Too Safe is an ebook based on a simple idea: that God meant his church to be both good news and bad news, an aroma and a stench - a disruptive force to whoever or whatever opposes the Kingdom of God, and a healing and liberating power to those who seek it. That the church has not always lived this mandate is well-documented. That the church needs to recover this mandate is much touted. Your Church Is Too Safe is a plea, a celebration, and a manifesto. It's an attempt to call the church to be the church. It is a tribute to the many churches that seek to be this. And it is a roadmap to become this. Above all, Your Church Is Too Safe is a biblical reflection and exhortation on why we should be this. Its main narrative is rooted in the story of how the early church, for all her failings and heresies and squabbles, managed to turn the world upside down. And its principal claim is that the modern church, for all her failings and heresies and squabbles, has every advantage they had, and maybe more, and faces no more challenges than they did, and maybe fewer.

Mark Buchanan is an author and pastor living on Vancouver Island with his wife, Cheryl, and their three children, Adam, Sarah, and Nicola. Mark holds a Bachelors degree in Fine Arts from the University of British Columbia and a Masters degree in Interdisciplinary Studies from Vancouvers Regent College.
He reads widely. He enjoys gardening, woodworking, fishing, cycling and scuba diving. He can often be found swimming in the clear, warm rivers of Vancouver Island, or drinking strong coffee in one of its many coffee houses. He regularly plays squash, poorly, and occasionally golfs, disastrously.


Mark is a popular conference and retreat speaker, but his deep love is the local church. He has published in several magazines and journals, including Christianity Today, Books & Culture, The Christian Century, Leadership Journal, Discipleship Journal, and others. He has written five books, Your God is Too Safe; Things Unseen; The Holy Wild; The Rest of God; and, most recently, Hidden in Plain Sight.


He is working on a novel
-Publisher.