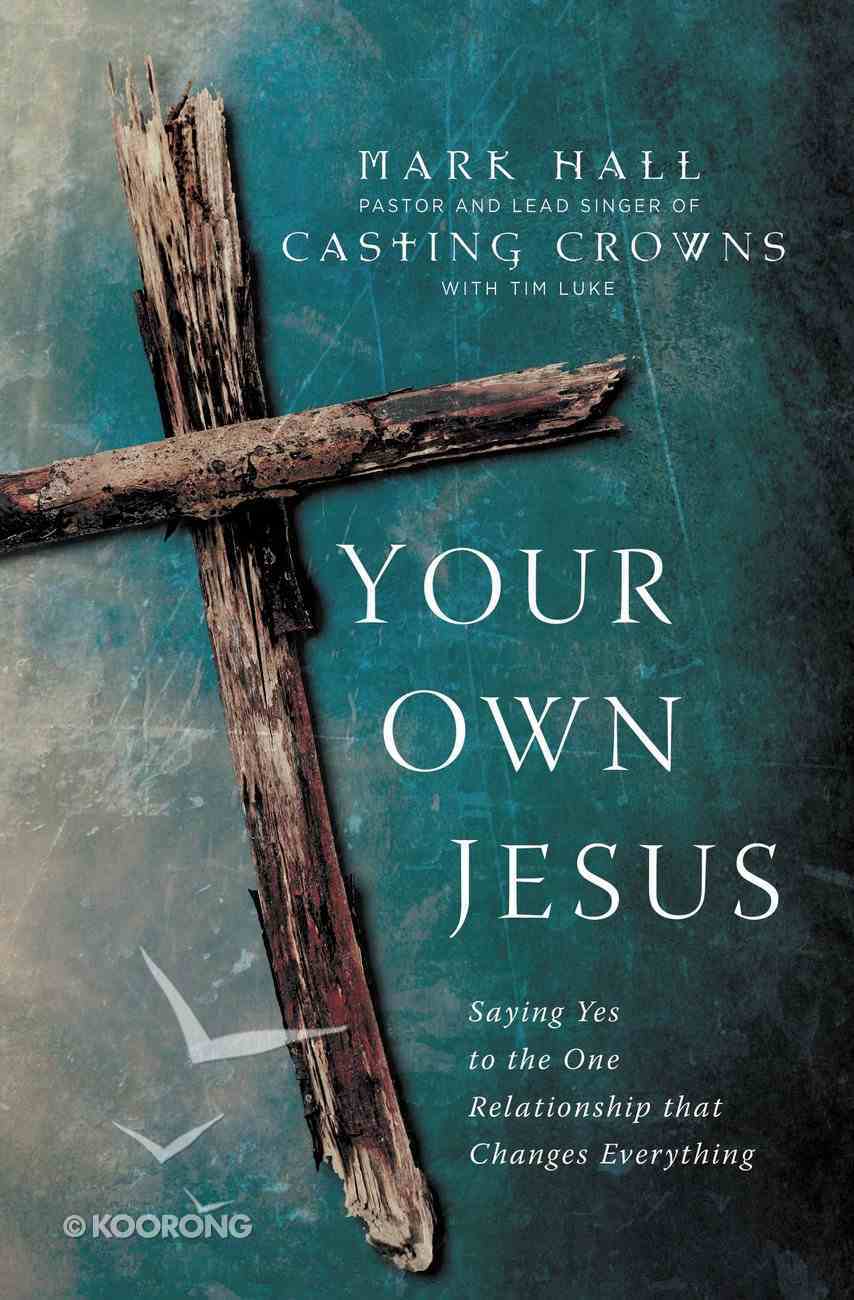 :Casting Crowns? lead singer Mark Hall asks, ?Do you have your own Jesus?? Why do you feel close to God one minute and so far away the next? Why does your faith seem empty? Why is it so easy to...

:Casting Crowns? lead singer Mark Hall asks, ?Do you have your own Jesus?? Why do you feel close to God one minute and so far away the next? Why does your faith seem empty? Why is it so easy to compromise with the world? Perhaps it's because we have merely inherited someone else's Jesus, relying on what we've seen and heard from family, friends, or pastors. A true storyteller and a teacher with a heart for ministry, Mark Hall traces the downward spiral caused by spiritual compromise with the world, and then charts the upward road to wholeness and health that comes when we claim our very own Jesus. You need to discover your own Jesus. The real Jesus. The one who wants you to be honest, committed, and uncompromising. The one who is waiting to have a relationship with you. Move past imitating a religion to experiencing a relationship that is vibrant, personal, and fulfilling.
-Publisher

Tim Luke serves as associate pastor of Eagle's Landing First Baptist Church, where he has been on staff for nine years after serving as editor of In Touch magazine, the devotional magazine of Dr. Charles Stanley's ministry. Tim worked as sportswriter for ten years, the last four as a beat writer covering the Atlanta Braves. He has recently co-author Your Own Jesus with Mark Hall.

Mark Hall is a true storyteller and a teacher with a heart for ministry. He is lead singer and songwriter for the GRAMMY Award-winning band Casting Crowns, whose three albums have all achieved Platinum status, selling 3 million CDs.
He has served Eagle's Landing First Baptist Church in McDonough, Georgia for eight years, having been in ministry for almost two decades. Mark admits he would be overwhelmed by life's demands were it not for his wife of 19 years, Melanie, who also serves as Casting Crowns' road manager. He recently co-authored Your Own Jesus with Tim Luke.