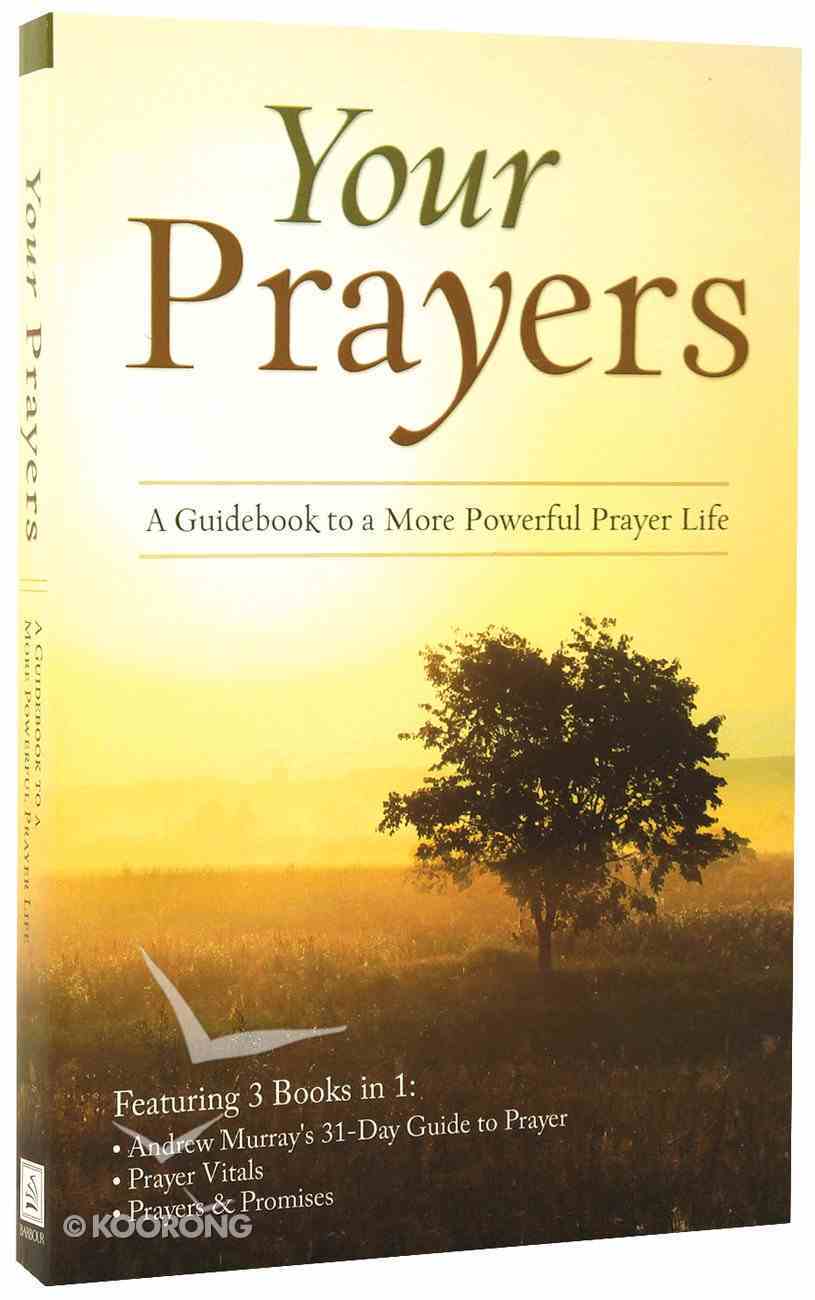 Three inspiring books on prayer in one volume! Included are Andrew Murray's classic A 31-Day Guide to Prayer; Prayer Vitals, a collection of facts and figures, goals and guidance on prayer; and Prayers & Promises, an encouraging collection of topical...

With Christ in the School of Prayer
Andrew Murray
Mass Market

Three inspiring books on prayer in one volume! Included are Andrew Murray's classic A 31-Day Guide to Prayer; Prayer Vitals, a collection of facts and figures, goals and guidance on prayer; and Prayers & Promises, an encouraging collection of topical "prayer starters," each accompanied by a scripture.
-Publisher

Toni Sortor and Pamela McQuade are freelance writers and editors who live in the New York City area. They each have many years' experience in Christian publishing, and have collaborated on a number of books including Prayers & Promises and Daily Wisdom for Couples.

Pamela McQuade is a freelance writer and editor in the New York metro area who has worked with numerous publishers. Her Barbour credits include Prayers and Promises for the Graduate and Prayers and Promises in Times of Loss. Pam enjoys spending her spare time knitting, quilting, and fly-fishing.

Since the company began as "Book Bargains" in 1981, much has happened to bring this company from a small remainder seller into a prominent Christian publisher. When Hugh Barbour began buying and reselling other publishers' excess stock, he was introducing a new concept to Christian bookstores. Soon, though, the new company began publishing its own titles, beginning with the classic allegory The Pilgrim's Progress in 1984. With a new name, Barbour and Company, publishing operations continued with two books that Hugh Barbour says "really put us on the map "Oswald Chambers' beloved devotional My Utmost for His Highest, and Barbour's first original title, The Bible Promise Book. Each found a ready market and, millions of copies later, remain on Barbour's best-selling backlist. Barbour and Company had found its niche: publishing Christian classics at value prices. - Publisher.

Indwelling Spirit, The: The Work of the Holy Spirit in the Life of the Believer (Bethany Murray Classics Series)
Andrew Murray
Paperback

How to Strengthen Your Faith
Andrew Murray
Paperback