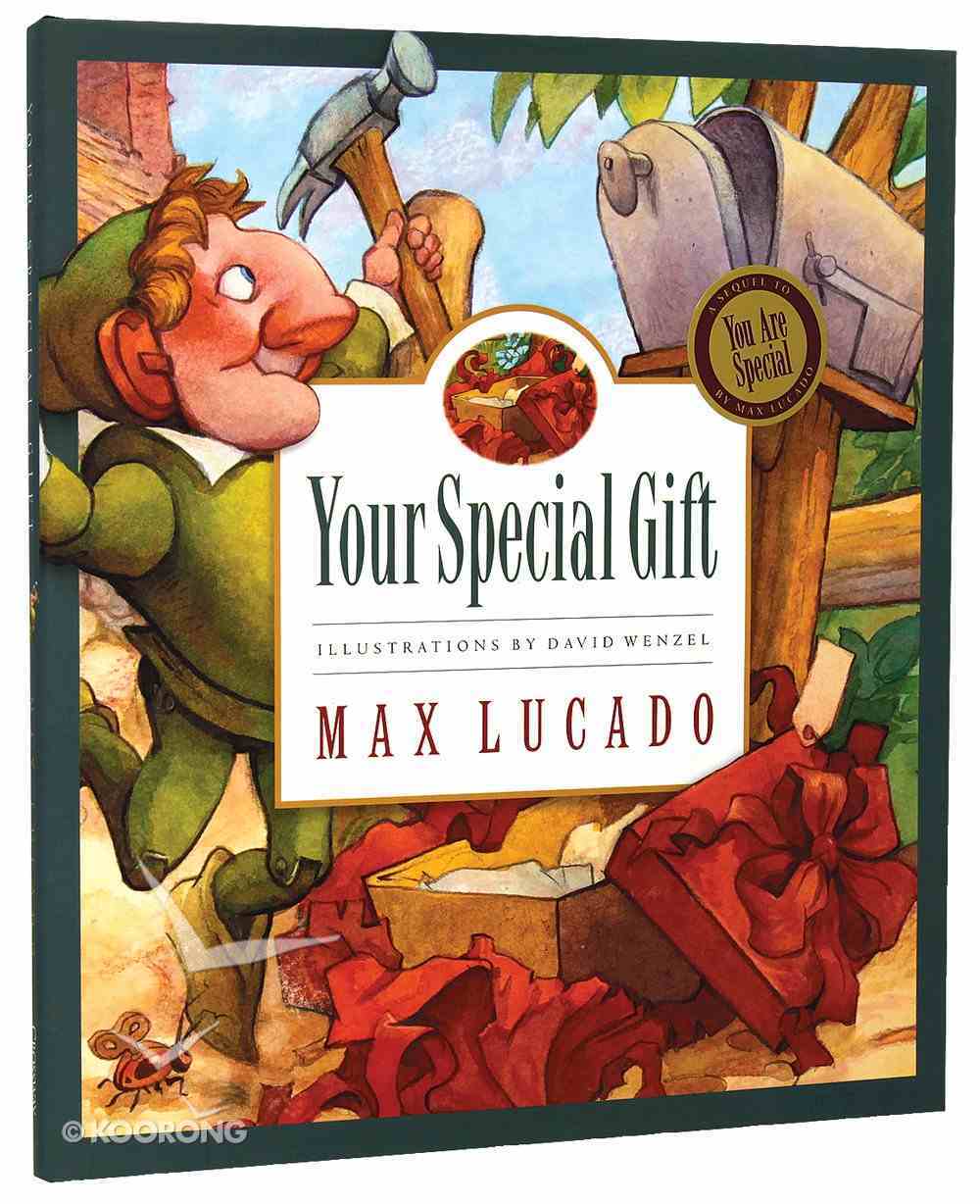 One morning, the people of Wemmicksville wake up to discover that they've all received gifts. Punchinello opens his gift to find a hammer, Lucia receives a paintbrush and set of paints, and Hans the baker gets a spoon. Nobody knows...

13 available
Expected to ship within 7 hours from Australia.
Learn More
Free Shipping
for orders over $99.

If Only I Had a Green Nose
Max Lucado
Hardback

One morning, the people of Wemmicksville wake up to discover that they've all received gifts. Punchinello opens his gift to find a hammer, Lucia receives a paintbrush and set of paints, and Hans the baker gets a spoon. Nobody knows who sent the gifts but each Wemmick receives the perfect gift: Punchinello likes to build, Lucia loves to paint, and Hans enjoys cooking.

When a family of Wemmicks needs their help to reach Eli the woodcarver, Punchinello and his friends try to come to their aid. Unfortunately, nothing they do seems to work. Only when they realize that Eli gave them each a special gift are they able to use those gifts to make a difference.

This story will show kids how God has given them a special gift they can use to serve Him.

The Wemmicks learn that each of them has a special gift with which they can help others.
-Publisher

Therers"s a secret in an old wardrobe-a secret world. An enchanted world-full of talking beasts, fauns, dwarfs, giants, and other amazing creatures. In The Lion, the Witch and the Wardrobe, when Peter, Susan, Edmund, and Lucy climb through the door of that mysterious wardrobe, they have no idea that they are about to begin an incredible adventure. The children discover that the kingdom of Narnia is in bondage-held captive for a hundred years under the spell of an evil White Witch. "Itrs"s she that makes it always winter; always winter, and never Christmas!"But prophecies have foretold the end of the Witchrs"s reign. One day the great Lion Aslan will return to Narnia."Wrong will be right, when Aslan comes in sight, At the sound of his roar, sorrows will be no more, When he bares his teeth, winter meets its death, And when he shakes his mane, we shall have spring again."As the saying goes, two "Sons of Adam" and two "Daughters of Eve" will one day sit on the four thrones at Cair Paravel and rule as Kings and Queens in Narnia. Now that the four children are here, could it be that Narniars"s deliverance is at hand? The Real SecretOver the years, millions of Narnia fans have discovered that therers"s another secret in the wardrobe. C. S. Lewis, the author of The Lion, the Witch and the Wardrobe, called this secret "the story within the story." Have you discovered the secret? Do you recognize the story?In Narnia, Edmund falls under the spell of the White Witch. He gives in to pride, selfishness, and greed. He becomes a traitor. And according to the "Deep Magic," or law on which Narnia was founded, Edmund must pay the penalty with his life.The Bible tells us that at one time or another, every one of us has behaved like Edmund. Wers"ve all done things that displease others and God, too. Those things are called sins. In his book, the Bible, God says that "all have sinned" (Romans 3:23). And according to the law on which our world is founded, the penalty for sin is death: "the wages of sin is death" (Romans 6:23). In other words, our sins earn us something we donrs"t really want!The only hope for Edmund and Narnia is the lion Aslan, the Lord of the Wood, the King of Beasts, Son of the Emperor-Beyond-the-Sea. Only Aslan-the one who created Narnia-can deliver it from the power of the White Witch. In the Bible, Jesus Christ is called the "Lion of Judah." He is the King of Kings, the Lord of Lords, the Son of God. He is the only One who can save us. "The reason the Son of God appeared was to destroy the works of the devil" (1 John 3:8).Aslan lays down his own life for Edmund, taking Edmundrs"s punishment and dying in his place. The Bible says, "God shows his love for us in that while we were still sinners, Christ died for us" (Romans 5:8). The Curse is Broken!It is by suffering a horrible, agonizing death on the Stone Table, that Aslan sets Narnia and Edmund free. For there is an even "Deeper Magic"-a greater law-at work: "When a willing victim who had committed no treachery was killed in a traitorrs"s stead, the Table would crack and Death itself would start working backward." With Aslanrs"s sacrifice, the curse is broken.The Bible tells us by suffering a horrible, agonizing death on the cross, Jesus set Creation and all humankind free. With His sacrifice, the power of sin and death is broken. Those who put their trust in Him can say, "Christ redeemed us"-paid the price to free us-"from the curse of the law" (Galatians 3:13).Just as Aslan rose from the dead in Narnia, Jesus Christ rose from the dead in our world. As the Bible explains, "Death is swallowed up
-Publisher

Prisoners, the Earthquake and the Midnight Song, The: A True Story About How God Uses People to Save People (Tales That Tell The Truth Series)
Bob Hartman, Catalina Echeverri (Illus)
Hardback

I Prayed For You (Picture Book)
Jean Fischer
Hardback

The Donkey Who Carried a King
R C Sproul
Hardback