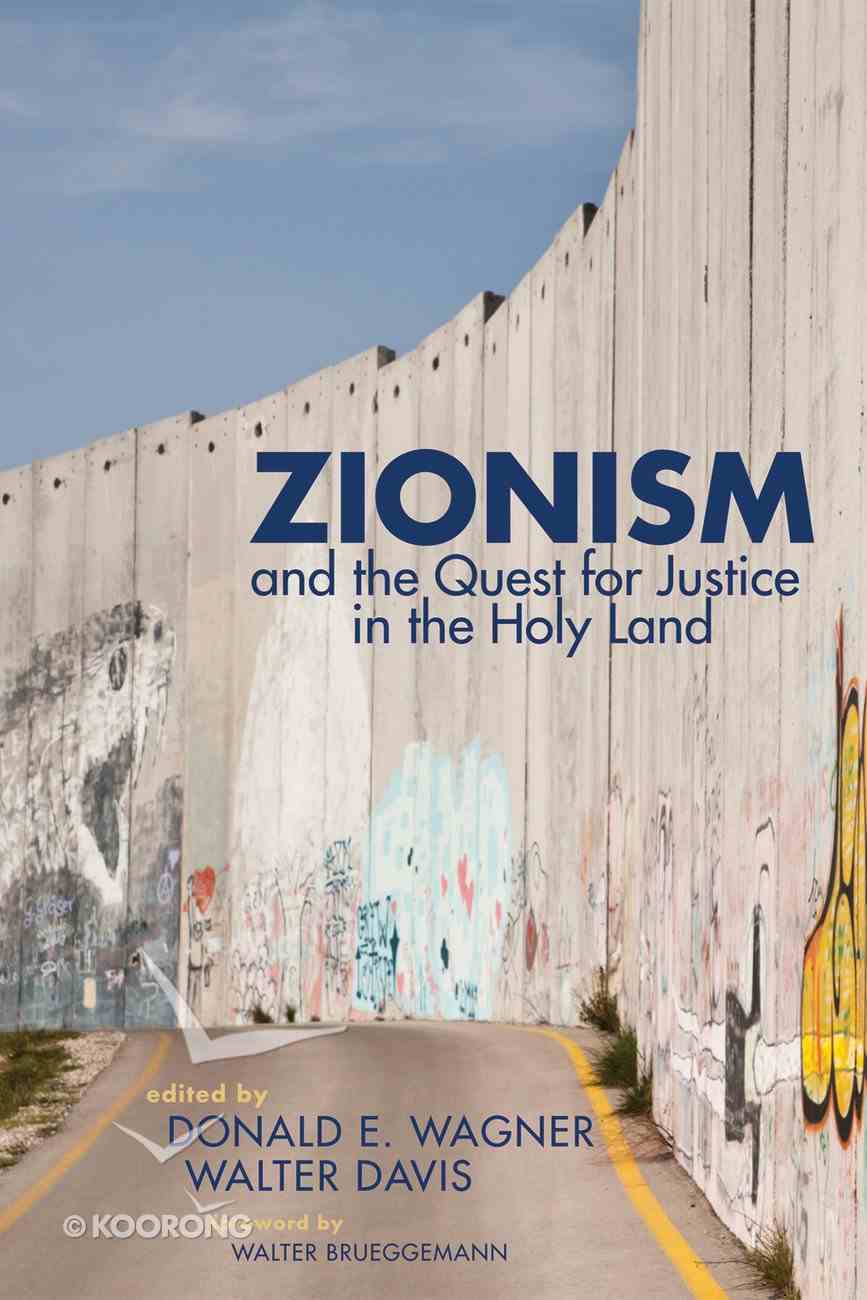 Zionism and the Quest For Justice in the Holy Land

A critical examination of political Zionism, a topic often considered taboo in the West, is long overdue. Moreover, the discussion of Christian Zionism is usually confined to Evangelical and fundamentalist settings. The present volume will break the silence currently reigning...

Preaching as the Word of God
Sam Chan
Paperback

Kenosis in Theosis: An Exploration of Balthasar's Theology of Deification
Sigurd Lefsrud
Paperback

Freedom of the Self
Jeffrey F Keuss
Paperback

A critical examination of political Zionism, a topic often considered taboo in the West, is long overdue. Moreover, the discussion of Christian Zionism is usually confined to Evangelical and fundamentalist settings. The present volume will break the silence currently reigning in many religious, political, and academic circles and, in so doing, will provoke and inspire a new, challenging conversation on theological and ethical issues arising from various aspects of Zionism--a conversation that is vital to the quest for a just peace in Israel and Palestine. The eight authors offer a rich diversity of religious faith, academic research, and practical experience, as they represent all three Abrahamic faiths and five different Christian traditions. Among the many themes that run through Zionism and the Quest for Justice in the Holy Land is the contrast between exclusivist narratives, both biblical and political, and the more inclusive narratives of the prophetic Scriptures, which provide the theological foundation and the moral imperative for human liberation. Readers will be drawn into a compelling, readable, and stimulating series of essays that tackle many of the complex issues that still confound clergy, politicians, diplomats, and academic experts. Desmond Tutu says that silence in the face of injustice is complicity with the injustice. That's why we need more and more Christians to raise their voices about the injustices taking place in Israel-Palestine. To raise their voices, they first need to raise their awareness, and this book is the best book I know of to help individuals and groups be educated and motivated for action. --Brian D. McLaren, author of Naked Spirituality This important collection of essays is situated amid the most vexatious, dangerous geopolitical crisis in the world. The seemingly intractable conflict in the Holy Land that concerns the State of Israel, as well as the status and future of the Palestinians, turns out to be the pivot point for much of the violent anger that leads to destabilization and threatens all parties to the dispute. The focal point of the many different angles in this collection is insistently justice as a precondition of peace in the Holy Land. Thus all 'peace negotiations' are futile if a way is not found to assure justice of a political and economic variety. --from the foreword by Walter Brueggemann, author of The Prophetic Imagination Donald E. Wagner is the National Program Director of Friends of Sabeel: North America. Walter Davis is cochair of the education committee of the Israel/Palestine Mission Network of the Presbyterian Church (USA) and Professor (emeritus) of the Sociology of Religion at San Francisco Theological Seminary.
-Publisher